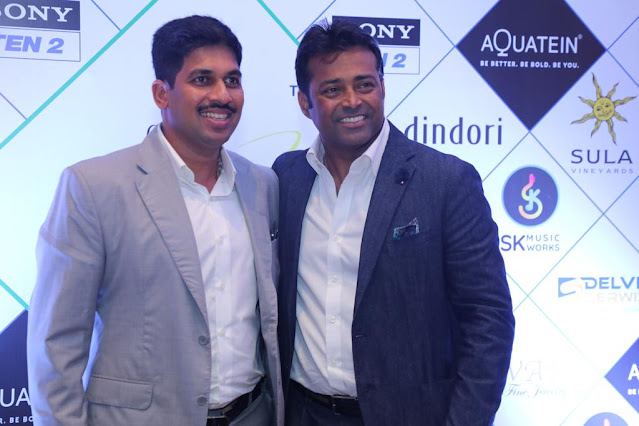 When the innovative tennis league was started back in 2018, its main goal was to help popularise tennis in India. Additionally, one of the other cornerstones of the Tennis Premier League since its inception has been to provide financial assistance and exposure to the top tennis players of the country. The league aimed to do so by opening up clear pathways to allow the private and corporate sector to invest in tennis and elite tennis players in India.

The Founder of the Pune Jaguars, Mr. Punit Balan is leading the charge for the private sector to invest in elite tennis players in India. The managing director and chairman of the S Balan Group and the Punit Balan Entertainment Private Limited has already sponsored Rutuja Bhosale, who is currently All-India rank number 3 in the Women’s singles category.

When asked about why he started supporting tennis players here in India, Mr Punit Balan said, “We as a group want to promote non-cricketing sports and talents in India, that is our focus. Especially those who we see have the potential to bring glory in the future for the country by getting the medals.”

From this year onwards Ankita Raina will receive sponsorship and financial assistance from Mr Punit Balan who already supports Rutuja Bhosale from Maharashtra. Ankita, who is currently All-India rank number 1 in the Women’s single category, will play for the Gujarat Panthers come season 4 of the TPL. She will be financially assisted by Mr. Punit Balan for the near future to help participate in global tournaments to get the best exposure.

“Now that we have signed Ankita, we have both India #1 and India #3 on our roster. We are looking to invest in young talent because they have a long career ahead of them and we can and we see the potential in them to represent our country at the highest levels.”, he said when talking about the growing roster of the elite Indian tennis players he provides financial assistance to.

This is a prime example of how the Tennis Premier League has helped revolutionise tennis in India, is by allowing clear pathways for investments from the private sector. It is allowing the players to participate in competitions all over the globe and providing them the financial support for them to get access to the best coaches, trainers, facilities and equipment so that they can compete at the highest level.

He believes that athletes need to be completely stress free to perform at the highest level so that they can express themselves freely on the field or court. In regards to this he said, “The burden on the player gets reduced because otherwise for playing any game, the first thing on their mind to travel or participate is that they need money. If that part is taken care of, then they are very much free of mind and not stressed, thus they can concentrate and put their efforts and energies on the game.”

Kunal Thakkur, Co-Founder of the Tennis Premier League said, “Mr. Balan is setting the standard of how the private sector can help a sport grow in India, when Mrunal and I started the league with the help AITA and MSTLA our goal was to open clear pathways for the corporate sector to invest in Tennis in India and I am proud to say that we have achieved to do so.”

Mrunal Jain, the Co-Founder further spoke along the same lines, “Tennis in India has always had unlimited potential that can only truly be extracted with the help of the private sector. I hope other businessman use Mr. Balan’s example to help tennis grow in India so that we can start producing Champions on a regular basis.”