Weikfield, India's most loved cornflour brand, lists out 5 ways Cornflour can bring life to your meals 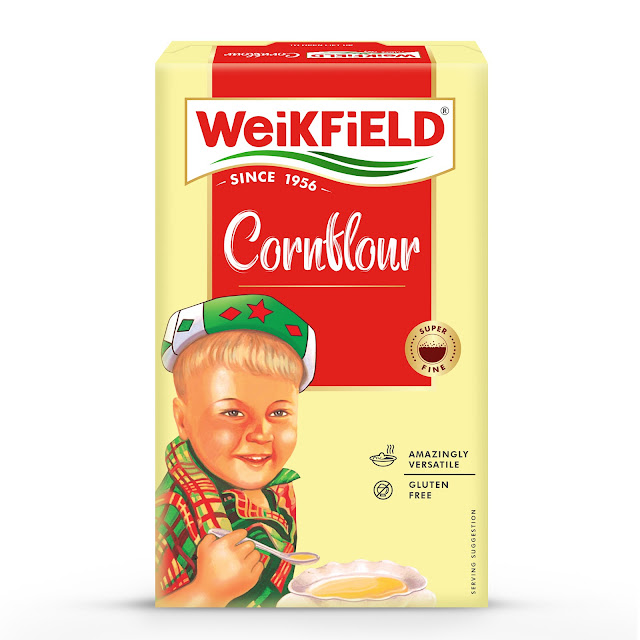 Not Just For Desserts! Here are creative ways you can use the most underrated ingredient in the kitchen - Cornflour

The kitchen, by itself, is the home of food. We store all of our ingredients here until it’s time to use them in the preparation of our meals. Certain ingredients are used more often than others, while the others' usage is undermined because most people aren’t aware of more than one use case. Such is the sob story for one such magic ingredient too, which is mostly only used for the thickening of food, or to make puddings and custard. And that versatile ingredient is Cornflour; it can be used for so many more unconventional uses that one can even call it a cook’s right-hand man!

Did you know you can coat your paneer, chicken, or shrimp pieces with cornflour, before frying it, instead of regular flour or breadcrumbs, to get that golden crispy and crunchy bite? This works well with vadas too, and since it’s a gluten-free addition to your fried veggies and foods, it makes for a great alternative to maida.

1. If your favourite cuisine to devour after a long and tiring day is Chinese too, then cornflour will be your holy grail. Used to thicken and get that restaurant-like consistency and taste. A superfine cornflour like Weikfield’s will turn any of your sauces and gravies into a fine-dine and authentic Chinese dish. It also works well with soups. All you have to do is combine the water and cornflour in a small bowl. Add in the cornflour slurry while cooking the sauce or gravy. Stir and watch the sauce magically thicken.

2. Cornflour also makes for an excellent binding agent, so the next time you want to bind ingredients for cutlets or kebabs together but don’t have eggs, add cornflour to the mixture instead, and enjoy the richness of the food just as it would.

3. Ever wondered how restaurants make their hot chocolate and cold coffee so thick? Adding some quality cornflour to your milk while preparing these delicacies is the real secret!

4. Asian cuisine, including Indian, uses the velveting technique to preserve delicate meats like fish and poultry.  Simply coat strips of chicken, turkey, pork, beef, (or scallops, prawns, etc) in a mixture of egg white, cornflour, oil, and salt before deep-frying in hot oil or poaching in simmering water. When cooked, the delicate marinade of egg white and cornflour forms a barrier that prevents the meat from drying out and keeps it juicy.

5. Cornflour just doesn’t complement your dishes but is also an important hero for many dishes like the Bombay Karachi Halwa. This soft, glossy, irresistible dessert is super easy to prepare with cornflour as the main base.

If you’ve been taking notes this far, go ahead, whip up mouth-watering delicacies, preferably with Weikfield’s cornflour that gives them an amazing texture and a golden, crispy crunch.