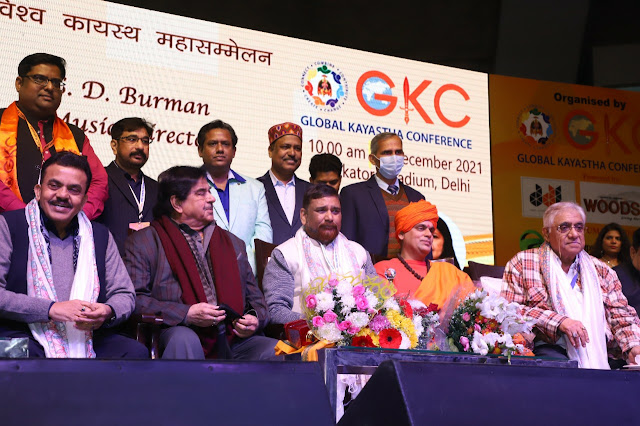 Delhi Chief Minister Arvind Kejriwal has said that the Kayasthas have played an important role in the country's freedom struggle and in making the administrative structure in order, and now once again in the national interest, Kayasthas should be given special responsibility in politics. Inaugurating the Vishwa Kayastha Mahasammelan organized under the chairmanship of Global President Rajiv Ranjan Prasad on behalf of the Global Kayastha Conference at Talkatora Stadium today, Shri Kejriwal said that the position in politics and power should not be given only on the basis of religion and caste but also on merit and  Quality should also be given due respect.  He said that the entire nation cannot be compared with the Kayasthas in terms of merit and quality.  The Chief Minister said that whenever there is any kind of crisis or threat to democracy in the country, the Kayasthas have played their part in a big way.  Former Union Minister and MP Ravi Shankar Prasad said that there is no need to tell the specialties of Kayastha society to anyone, but it needs to be given full respect.  He appealed to the Kayasthas all over the world to unite and work for Sarva Samaj.

Versatile actor Anjan Srivastava, superstar Shatrughan Sinha, actor Shekhar Suman and his son actor Adhyayan Suman were part of the Kayasthas  Management's Ragini Ranjan described the role of women in the nation's organization as very important and said that when women come forward, the Kayasthas will be ensured to be empowered in every way. She appreciated the work of the Women's Cell in this direction.