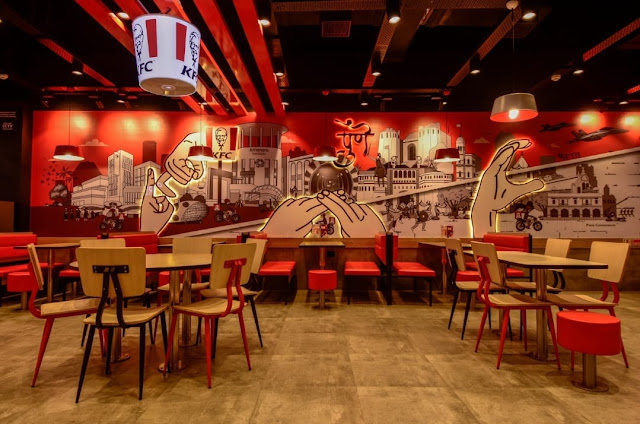 The restaurant is an embodiment of the brand’s efforts with Kshamata – a program to bridge the gender & ability imbalance gap. With KFC Kshamata, the brand has pledged to drive 2X empowerment by 2024, by doubling the number of Special KFCs, restaurants run by specially-abled team members, and increasing the women workforce at the restaurants.

KFC India has been a pioneer in enabling the Speech & Hearing Impaired by extending employment & growth opportunities to them since 2008, employing & supporting more than 150 Speech & Hearing-Impaired team members across 19 cities. Recently, the brand announced a milestone in their journey with Kshamata, with the appointment of the first specially-abled Restaurant General Manager in Hyderabad – Srikanth Jarugu.

On International Day of Sign Languages, 23rd September, KFC launched the #SpeakSign campaign and Kshamata film – directed by filmmaker Shoojit Sircar, which aims at sensitizing & building awareness of sign language. Earlier this year, the brand also introduced braille menus across its 600+ restaurants in the country.

Taking the pledge beyond their restaurants, KFC partnered with the Indian Deaf Cricket Association (IDCA) as ‘Principal Sponsor’ to build visibility and growth for the sport of cricket for the hearing impaired in the country.

KFC, a subsidiary of Yum! Brands, Inc. (NYSE: YUM.), is a global chicken restaurant brand with a rich, decades-long history of success and innovation. It all started with one cook, Colonel Harland Sanders, who created a finger lickin’ good recipe more than 80 years ago, a list of secret herbs and spices scratched out on the back of the door to his kitchen. Today we still follow his formula for success, with real cooks breading and freshly preparing our delicious chicken by hand in more than 26,000 restaurants in over 145 countries and territories around the world.