OTM, Mumbai – And it’s a Wrap…the Stars of the Travel Industry Walk the Ramp 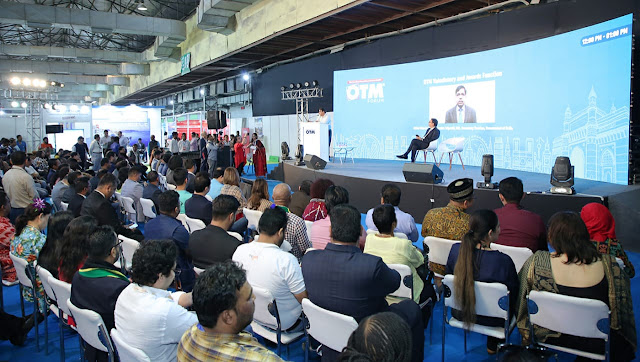 The most awaited travel trade show in India, OTM Mumbai concluded on 5th February 2020 at the Bombay Exhibition Centre. The Guest of Honour for the Valedictory and Awards Programme was the Secretary of the Ministry of Tourism India, Mr Yogendra Tripathi.

Mr Sanjiv Agarwal thanked the 1,000+ exhibitors from 60 countries and destinations, and the 20,000 plus buyers that came to the show over the 3 days. OTM was the culmination of over a dozen travel trade shows held across the length and breadth of India. OTM has witnessed a growth rate of 20% and a 50% increase in entrees despite the perceived economic slow-down.

Mr Yogendra Tripathi, addressed the attendees for their positive and encouraging response. He cited OTM as an important platform to engage, discuss and reinforce ideas. He lauded tourism as an important sector contributing to impetus and growth in the economy through employment generation and GDP among other factors. He quoted the cumulative arrivals in India have gone up by 8% while the ease in e-visas has contributed to a 20% growth. He also repeated the Prime Minister’s plea for all Indians to visit 15 destinations from now until 2022.