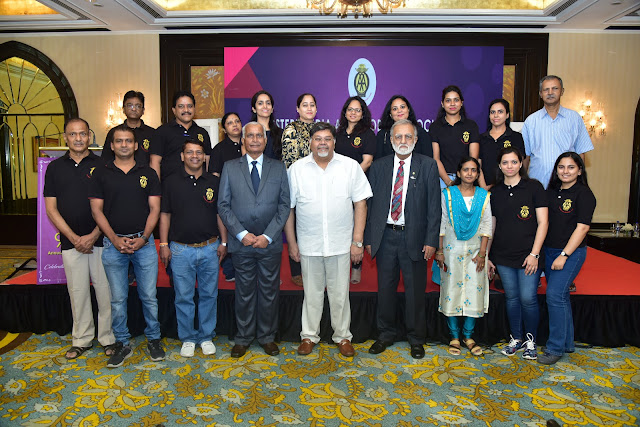 Western India Automobile Association (WIAA) was formed on 15 th  October 1919, and its first Chairman was Major General W.D.James.
This is our CENTENARY year. We all share a love of automobiles and it was in the early part of the 20 th century that an automotive revolution took place in the world. The biggest challenge of the automotive revolution was safety. The early cars were cheap and easily available but they did not have a single safety feature, leading to road fatalities. One of the founding principles of WIAA was and is Road Safety, not just for drivers and passengers but also for pedestrians.

WIAA is having its School of Motoring since last more than 5 decades and is expanding its Road Safety Institutes in India. WIAA is recognized under the Motor Vehicle Act of State & Central Government and also empowered to issue driving licenses and international driving licenses.

The very first AGM was held at the ‘Ball Room’ of the Taj on 15th October, 1919. 99 years on and still the core principals of WIAA have not changed. WIAA still stands for responsible automobile ownership along with social commitment.

More than 1.50 lakh people die in road accidents in India every year and WIAA is trying to bring down the rate and has started training heavy vehicle drivers at Oil Companies and ports. Mr. Nitin Dossa - Chairman WIAA, has signed an MOU with the Gujarat Government to establish its first Road Safety Institute in Kutch and the operations are likely to start by 2020.

WIAA is also involved internationally in Road Safety and has the full support of the World Body FIA for its activities in India. WIAA organizes Womens Rallies and is the oldest Motorsports Club in the country.

WIAA honoured its members who have completed 50 years of membership at the TAJ. The AGM, that was held at Taj in the Ball room, commenced at 11.00 am with Welcome address by Shri Nitin Dossa – Chairman – WIAA, followed by a very informative speech of WIAA given by Mr Viveck Goenka – President – WIAA and the Inaugural Session was addressed by our Chief Guest Shri Shekhar Channe, IAS – Transport Commissioner – Maharashtra State.

Mr Nitin Dossa – Chairman WIAA honoured Shri Shekhar Channe, IAS by presenting a Vintage car Momento signifying the love of Automobiles since the early 1900 by Automotive enthusiasts since the incorporation of WIAA. This was followed by presenting the memento’s to the members who have completed successful 50 Years in WIAA.

During the AGM meet Shri Shekhar Channe, IAS, Transport Commissioner – Maharashtra State, gave a lot of importance on the Road Safety urging every person to advocate and incorporate the Road Safety norms in our daily lives which in turn would reduce the Road Fatalities.

The WIAA centenary year plans divulged by Mr Nitin Dossa – Chairman WIAA stressed on Helmet Advocacy – With School Children, Road Safety for Schools which would rate the schools as per their safe school zone & pedestrian safety & Two wheel Safety- Creating Safety Ambassadors.
Last but not the least Mr Jean Todt, President of the Fédération Internationale del'Automobile (FIA) from United States had congratulated WIAA on entering the Centenary year along with his best wishes for living upto the expectations of the members, all of which was displayed by a video sent across to WIAA by Mr. Jean Todt.

Having said all this WIAA promised to remain a socially committed organization for another century…
Posted by SUJATA TAWDE at 3:43 AM