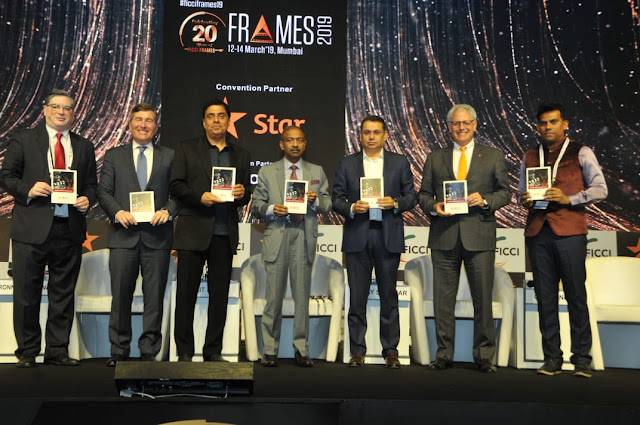 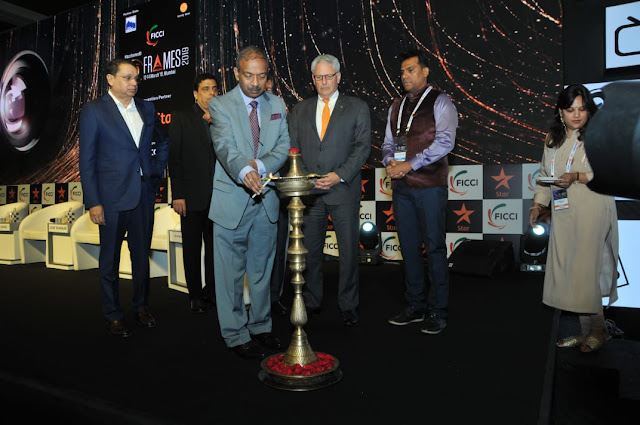 “We have taken the initiative of having a national broadcast policy. One should consider self-regulation and less regulation if we want the system to grow,” he said.
On content generation and enhancement, Mr. Khare stressed the need to encourage co-production as it would bring more countries together and result in greater viewership.

Mr. Uday Shankar, Vice President, FICCI, said, “India is one of the most exciting markets for the Media and Entertainment industry. The great Indian media story has just begun,” and mentioned how the media and entertainment industry and FICCI FRAMES were growing by leaps and bounds.

Mr. Ronnie Screwvala, Chairman & Co Founder, UpGrad, in his ‘Media Mastermind Keynote:  An Indian Entrepreneur’s Journey’ said that he had seen the industry and FICCI FRAMES for so many years and was happy to note that business people were at the centre stage of the convention. “The companies of tomorrow need to be more consumer companies and not just media companies. The Media and Entertainment sector cannot just function with passion, we also need leaders, founders and entrepreneurship,” said Mr. Screwvala as he emphasised that media and entertainment industry needs to focus on consumers.

A ‘FICCI-EY 2019’ report titled ‘A billion screens of opportunity’ on Media and Entertainment was also unveiled along with the law book by Cyril Amarchand Mangaldas and Odisha Film Policy by Dr. Nitin Bhanudas Jawale, Managing Director Odisha Film Development Corporation.

Apart from the second edition of content market, an initiative to bring together content creators and content buyers from across the globe, the highlight of FICCI FRAMES is the fourth edition of 'Frame Your Idea', a platform for content producers to meet content idea, story or script owners. The platform provides a unique opportunity to creative minds to pitch their ideas, stories or scripts to leading content producers and production houses like Aamir Khan Productions, Balaji Telefilms, Dharma Productions, Disney Studios, Eros Now, RSVP, Kabir Khan Films, SPE Films India Pvt Ltd., Viacom18 Motion Pictures and Fox Star Studios, to name a few.

The pitching sections are divided into Films, Television, Web Shows and Short Films to make it smoother for the writers to book appointments and to pitch their stories to interested production houses for fruitful tie-ups.

Self-regulation is the key to a healthy and independent media. But off-late we have seen too much interference from the establishment. Another problem is TV channels hunt for TRP and are prone to being sensational. It is, of course, important to come up with views but looking at some of the anchors of TV debates I really feel these people are not genuine journalists. Yes, self-regulation includes everything.