I`am person who has always been committed and passionate about the work that I do : Abha Singh 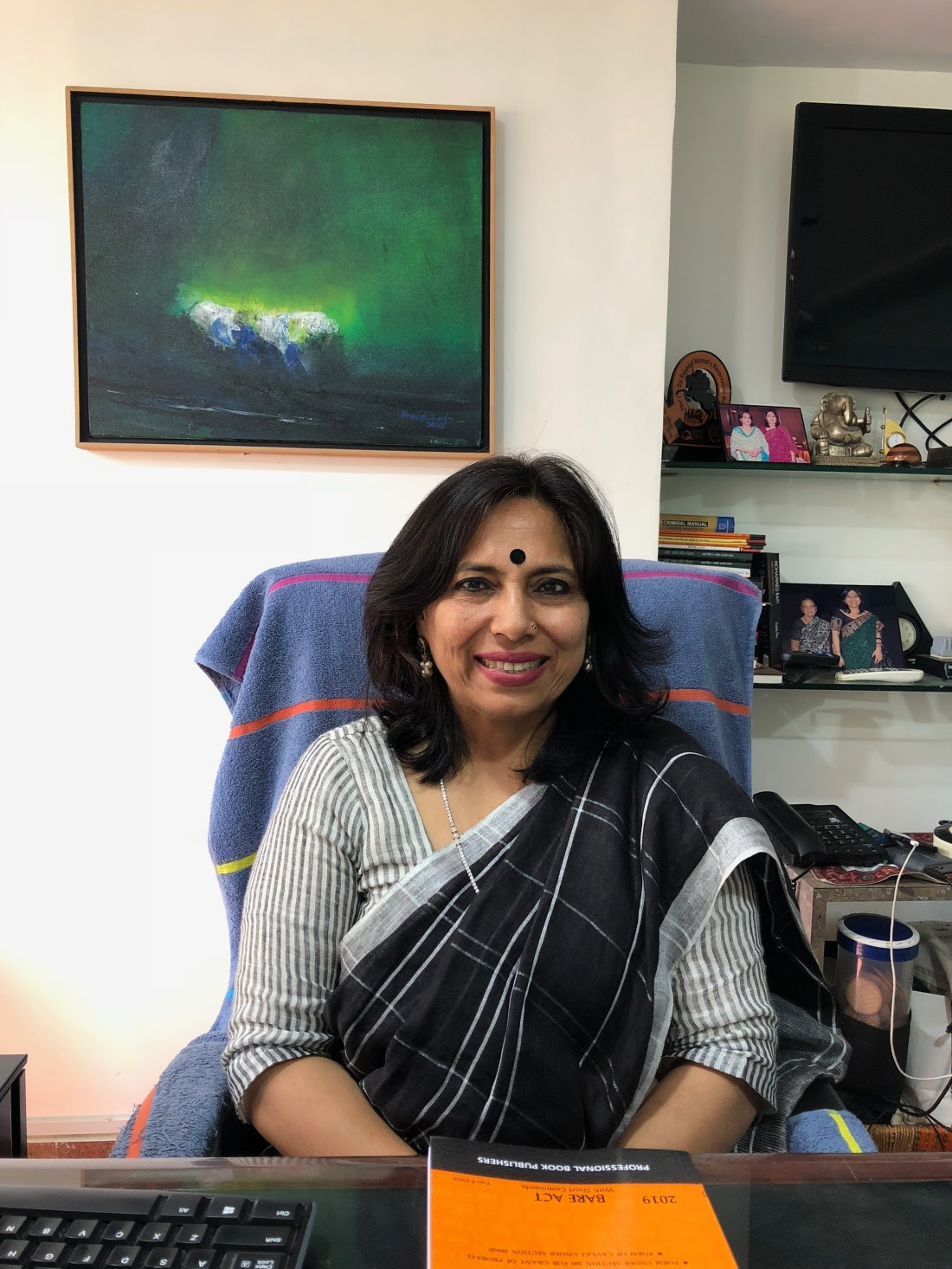 Interview with Renowned Former Bureaucrat, Advocate, Social Activists and Women Achiever Abha Singh.
1. Thoughts on amendment of  SC/ST?
Abha Singh :  One thing is very clear. Reservation when it came initially it was for 10 years. After 70 years, I was thinking it would have been good for the country if merit was also given some place. That is my personal perception that merit should have been there. So what happened initially police started misusing the law.  Like in dowry case – 498 A  there is a registration of the case and lead to immediate arrest. So even in the SC /ST act since it’s a cognizable, non bailable offence so many arrests were done. But Supreme court said arrest will be done only after the enquiry and the investigation will be done only by a senior rank officer. The opposition spread the message that you are trying to dilute the SC /ST act. Since this is an election year so it is more of an election politics that the government came out with an ordinance; with a law saying there should be arrest done. It should be as it is. The arrest would be done. We shall not try to dilute the SC /ST act. There are two things one is the arrest issue and the second is 10% reservation which has been increased. 10% reservation which is being added from the upper class and who are not SC / ST. If you go on merit, arrest should only be done after the enquiry because there are so many property case  issues or People are  just misusing sc/ st act. In Gujarat the manner in which this issue has been dealt it is fine. So the issue is why should there be any arrest without a proper verification or enquiry so  my stand is on it. Whatever is coming now it’s only because of election. SC/ST vote is very important; having said that government is only being swayed by  Vote politics.
2. You recently walked for a designer. Could you share your experience?
Abha Singh : Shaina NC is a BJP leader and a famous designer. Everywhere she does this walk for cancer patients aid association and fund raising. She has been asking me for quite some time. This year somehow I saw the number of cancer cases are also increasing.  Cervical cancer has increased, Breast cancers are detected in the world.  Approximately, 50% of Breast Cancer cases are detected from India. People like us who are strong, who have strong mindset, who have a voice ,people like us can spread awareness, The main purpose is the detection. It is the only cure, early detection is the only cure. Cancer is not something to be quiet about it. Don’t be shy. It can happen to anyone.
3. What motivates you?
Abha Singh : I am person who has always been committed and passionate about the work that I do. Even when I was working with the government, the kind of work that I did that was really appreciated. Even when during Lead India campaign, Times of India was doing final selection for the leader, I was posted in Lucknow. I ‘d installed full panel post offices. UP is such a traditional state where woman is still covered. I made it a post woman. There were postwoman distributing letters. It is a great courageous thing to enter in an unknown house and deliver. I set up an example of leadership. During that time, I also got a scholarship from London school of Economics. Fighting for the truth and standing for it. This what motivates me. Be it Salman Khan  hit and run case or AIB Knock-out. I have taken up  all these cases with great conviction.
4. How do you manage your personal and professional life?
Abha Singh : My children are grown up. My son is practicing law along with me in Mumbai High court. My daughter just graduated from national law school Bangalore. I have taught them good values. Kids have done very well in their life. They are not only just good in academics but they have good family values.  At home also, we are a content and a happy family. We are not in the rat race of adding too many zeroes in our bank account. This is the reason I started Rann Samar foundation through which I empower women in rural area. I have adopted a village called Badora in Barabanki where women are taught computers. Now summer vacations are coming up  so I take classes for them. I do financial literacy. I also taught six months of computer courses in Lucknow Jail for convicts because once they come out of jail they should have a job. So the stigma is always there that  they are a convict so getting them into mainstream is very important. I am a criminal lawyer. Putting them behind bars is one thing and getting them into mainstream is equally important. So these are my convictions that is how we all work.
5.Thoughts about Urmila Matondkar entering politics?
Abha Singh : I'm absolutely shocked. Does Congress think that we as a society are  so dumb or illiterate that  anybody you put up and run the government. This shows the sad state of affairs of politics. Till now they had criminals in the parliament. 33% of MPS have criminal charges against them.
Posted by SUJATA TAWDE at 11:51 PM

I have listened to Abha Singh speak as a guest in debating panels in television and have always admired her for speaking with honesty and courage. She would never mince her words or hesitate to call a spade a spade. Though I have opinions that differ from hers on many issues I still admire her as a person. And I was not aware of her professional background until I read this interview. Thanks for this wonderful post.

I admire Abha Singh. She is an independent voice. Thank you for sharing her interview.