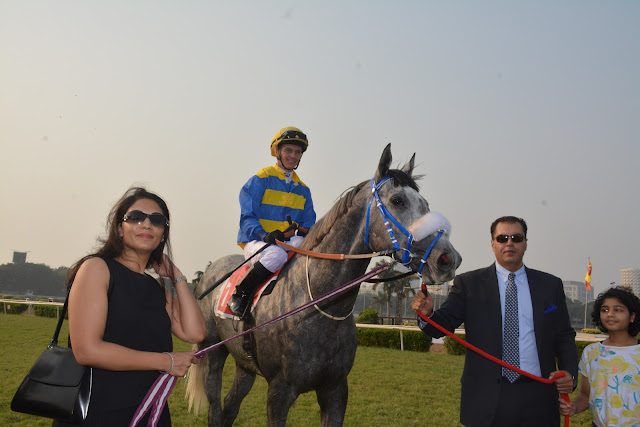 The Mumbai racing season at the Royal Western India Turf Club witnessed the second Classic of the season: The Villoo Poonawalla Indian 2000 Guineas on Sunday 16th December 2018 with a large crowd gathered to witness the Indian 2000 Guineas. The WINNER, Sir Cecil, owned by Mr Tegbir Singh Brar rep. Sarainaga Racing Pvt Ltd. trained by Mr. S.Padmanabhan was ridden to victory by jockey David Allan. What makes this race even more special is that Sir Cecil remains UNBEATEN and is truly a champion. 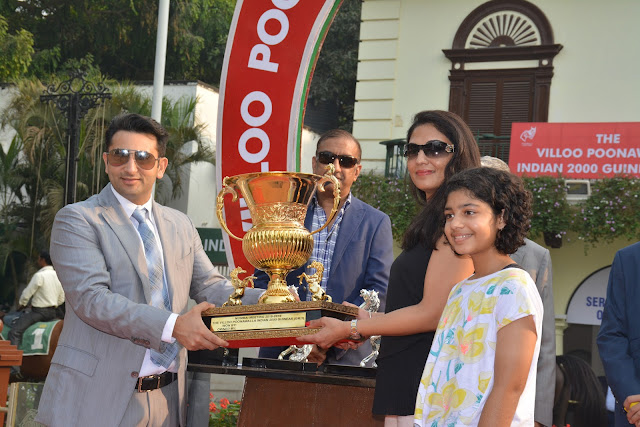 The Indian 2000 Guineas, is a Group 1 race for 3-year-old colts and fillies run over a distance of a mile at level weights, the fillies claiming 1.5 kg allowance. Geldings were not permitted to race till 1965 and for a few years in between thereafter. The 2000 Guineas, The Derby and The St. Leger, together form the “Triple Crown” of thoroughbred racing of that age group. It is the second Classic out of the five Indian Classics (4 run in Mumbai and 1 in Pune). It was first run on Saturday, 16th January 1943.

The inaugural running was won by “Princess Beautiful”, owned by His Highness The Maharaja Gaekwar of Baroda, trained by M.C. Patel and ridden by Jockey E.Britt, won by 8 lengths and 9 runners faced the Starter. The winners’ stakes was Rs.20,250/-. Interestingly, in the year 1967, the closest finish was a dead-heat (till date) between two horses “Bulund” and “Our Select”. Later on, “Our Select” went on to win the Triple Crown that year.

About The Royal Western India Turf Club:
The Royal Western India Turf Club is renowned as the premier-racing club in India offering unrivalled facilities matching with the best in the world. RWITC has a history spanning just over two centuries. The RWITC conducts racing at Mumbai's Mahalaxmi Racecourse (from November to April), and Pune (from July to October). The RWTIC boasts of 41 A licensed trainer’s, approximately 83 jockeys which includes foreign jockeys from England/Ireland and typically houses around 850 horses in training at Mumbai's Mahalaxmi Racecourse.

Today it stands as one of the premier racecourses in the world that not only provides world-class quality horse racing while maintaining the highest level of integrity in wagering, but equally it embodies an efficient, effective and socially responsible organization. It constantly evolves to integrate other fun activities with horse racing with a view to elicit the interest of the millennials as wel
Posted by SUJATA TAWDE at 2:47 AM