ŠKODA AUTO INDIA CONTINUES TO ASCEND IN ITS BIGGEST YEAR 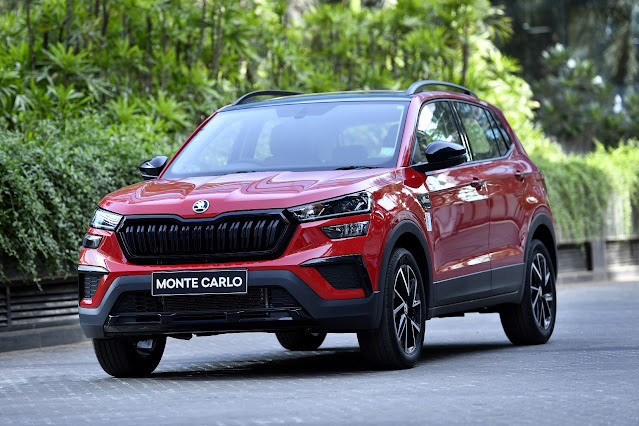 This is further to 2022 already becoming the ‘Biggest Year’ for ŠKODA in terms of sales in India. The cars sold in October further add to the company’s continued momentum of growth and climbing new peaks in 2022.

Petr Šolc, Brand Director, ŠKODA AUTO India, “The full 5-stars in adult and child occupancy under the newer and stricter Global NCAP crash test protocols is an extremely important and proud landmark for us. The KUSHAQ has set new benchmarks for safety, and is the safest car made-in-India. This is positively impacting our sales, as we are continuing our upward and stable momentum. The new KUSHAQ Anniversary Edition is just our way of celebrating these multiple landmarks with our customers, fans, and partners. We are very confident to close this year on an even larger high, and more than double our annual sales compared to 2021.”

With 2022 already turning out to be the Biggest Year for ŠKODA AUTO India, and the SUV completing a year in the market, the company has introduced a new KUSHAQ Anniversary Edition. This version of the KUSHAQ includes a 25.4 cm Infotainment System with ŠKODA Play Apps. The System is hooked up to a ŠKODA Sound System with 6 High Performance Speakers and a Subwoofer. The Anniversary Edition also lets you connect your smartphone via Wireless Smartlink for Apple Carplay and Android Auto. In addition, there are a whole horde of exterior and interior Anniversary Edition insignia and a selection of external and internal accessories.

In evaluating the KUSHAQ’s safety rating, the latest Global NCAP crash test results were done under the newer, more stringent test protocols of Global NCAP. While the KUSHAQ did get a full 5-stars for adult occupants, it is the first among cars manufactured in India to get a full 5-stars for child occupants too. And is also the first car to be tested under the new Global NCAP standards. The highly localised made-in-India and developed-for-India MQB-A0-IN platform played a key role in the KUSHAQ’s crash performance, along with an array of active and passive standard safety features.

› is successfully steering through the new decade with the NEXT LEVEL – ŠKODA STRATEGY 2030.

› aims to be one of the five best-selling brands in Europe by 2030 with an attractive line-up in the entry-level segments and additional e-models.

› is emerging as the leading European brand in India, Russia and North Africa.

› independently manufactures and develops not only vehicles but also components such as engines and transmissions in association with the Group.

› operates at three sites in the Czech Republic; manufactures in China, Russia, Slovakia and India primarily through Group partnerships, as well as in Ukraine with a local partner.

› fascinating customers in India since 2001.