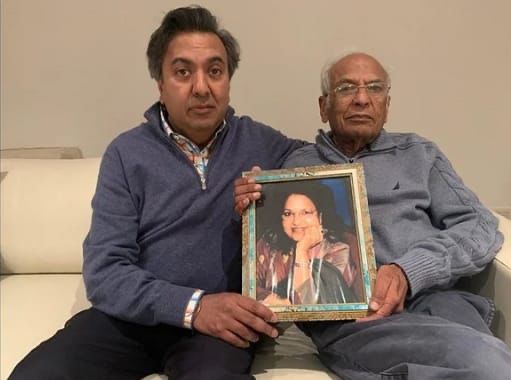 Mumbai, 23 August 2022: Ujjwal Nikam, one of India’s top criminal lawyers, has been appointed as the Special Public Prosecutor in the murder case of Canadian citizen and doctor Dr Asha Goel, who was killed while trying to settle a family property dispute in Mumbai, nearly two decades ago. The appointment follows the resignation of the previous advocate Avadhut Chimalker earlier this month.

Nikam, a decorated and internationally renowned criminal law specialist, has secured about 40 death penalties and more than 300 life imprisonments in India. He will lead the case for the prosecution, scheduled to go before a judge of the Mumbai Sessions Court for trial on August 24. His appointment as Special Public Prosecutor in the murder case of Dr. Asha Goel was announced by the State of Maharashtra’s Law and Justice Department on August 10, 2022. The trial for this case was long awaited, and had been delayed multiple times. Nikam has successfully led the prosecution in some of India’s most high-profile murder, gang-rape and terrorism cases, including the 2008 Mumbai attacks.

Dr. Goel, a 62-year-old Canadian obstetrician from Orangeville, Ont. was killed by hired assassins at her family's ancestral home in Mumbai’s Malabar Hills neighbourhood in August of 2003. An obstetrician and gynaecologist of 40 years, who also practiced in Saskatchewan, Dr. Goel delivered more than 10,000 babies in Canada.

Investigators in India state that Dr. Goel was in Mumbai to visit her brother, Suresh Agrawal, when she was murdered. They allege Suresh conspired with his brother Subhash Agrawal, a resident of Toronto, to kill their sister over a disputed inheritance worth $12 million. Suresh has since died, but Subhash — a Canadian citizen — remains at large in Toronto, despite being the subject of an Interpol Red Notice. He is still a wanted accused in India. He has denied any involvement with the murder of his sister.

Mumbai police also arrested four others and charged them with murder. Three of them were employees of the Agrawal brothers – Pradeep Parab, Pawankumar Goenka and Manohar Shinde.

The fourth was Suresh Agrawal's son-in-law -- Narendra Goel (no relation to Dr. Asha Goel).  Shinde has also since died. Parab has provided a confession to police and turned state’s witness while Goenka and Narendra Goel go before the courts this week. In his confession, which is central to the case, Parab, describes in gruesome detail the roles of the various accused in the case, saying he was to be paid about C$150 to help kill Dr. Goel.

Calling the appointment of Ujjwal Nikam as Special Public Prosecutor as a “significant step forward in our 19-year fight for justice for our mother”, Sanjay Goel and Rashmi Goel, son and daughter of Dr. Asha Goel and Dr. Sadan Goel said, “We couldn’t ask for anyone more skilled and dedicated to lead the prosecution in India. While India is helping us seek justice, Canada has stalled in helping resolve the murder of our mother, a Canadian citizen. They keep saying it is an Indian matter.”

“We have seen swift and decisive RCMP action in many other cases involving Canadians killed in Mexico, the United States and Europe. But when it comes to Indo-Canadians being killed in India, there seems to be a different standard. Subhash Agrawal is wanted in India in connection with the murder of our mother. After 19 years, he remains free in Toronto, and Canada has done nothing to answer the charges, despite an Interpol Red Notice for him that has been outstanding for over a decade,”: Sanjay Goel and Rashmi Goel, son and daughter of Dr. Asha Goel and Dr. Sadan Goel.

Justice delayed is justice denied. It is a travesty of justice both in Canada and India that this case has taken almost 19 years to go to trial. Bringing back offenders and wanted persons from foreign countries is essential for providing timely justice especially in these so-called supari or contract killings of Non-Resident Indians. We will be closely watching the developments in this case to ensure the family gets justice in India.” – Chandigarh-based advocate Daljit Kaur, a Non-Resident Indian (NRI) case specialist and social activist.