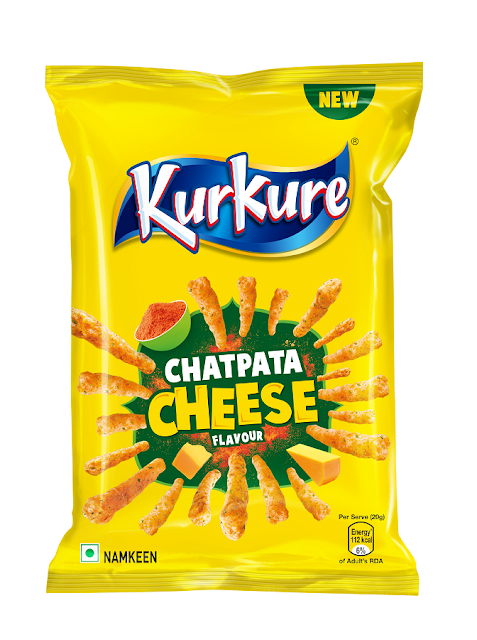 New Delhi, June 9, 2022: Strengthening its distinct position in the market, Kurkure, one of India’s most loved snack brands, has expanded its portfolio with its latest flavour innovation Kurkure Chatpata Cheese. The new flavour is a permanent addition to the Kurkure family and brings the perfect ‘jugalbandi’ of Kurkure’s classic ‘chatpata masala’ with cheddar cheese, inspired by the globally successful Cheetos Crunchy Cheddar Jalapeño flavour.

Kurkure’s latest flavour innovation is a response to the increasing consumer demand of dairy flavours in the Indian salty snacks category. The all-new Kurkure Chatpata Cheese extends the brand’s play beyond the classic ‘masala’ flavour, which is unheard of in the collet category. The new fusion flavour is a unique combination of international cheese and ‘chatpata masala’ magic, which is just ‘two much fun’.

Expressing her thoughts on the launch, Neha Prasad, Associate Director and Brand Lead, Kurkure said, “As a brand that always captures the pulse of the nation, Kurkure offers innovative products to suit the evolving tastes of our consumers. With the launch of the all-new Kurkure Chatpata Cheese, we are expanding our portfolio in the dairy flavour bucket with a differentiated winning flavour proposition. The signature ‘masaledaar’ taste of Kurkure combined with international cheese will bring alive a ‘chatpata’ fusion flavour that will be distinct and memorable.”

Kurkure Chatpata Cheese is available at INR 5, INR 10, and INR 20 across all leading retail and e-commerce platforms in India. For this launch, Kurkure will stay true to its unconventional yet relatable portrayal of modern Indian family scenarios in its upcoming TVC, followed by a robust 360-degree surround campaign across multiple platforms and quirky initiatives for its fans.

Kurkure- a product that was developed in India, has established a strong connection with consumers across the country as a great-tasting ‘namkeen’ snack. Kurkure is one of the eight brands in PepsiCo India’s portfolio, each of which brings in over INR 1000 crore in annual estimated retail sales. The expansion of the Kurkure trademark across different salty snacking formats is a reiteration of PepsiCo’s endeavor of building out strong master brands in its India portfolio. Kurkure is also manufactured and sold in countries like the UAE, Canada, Pakistan, and Bangladesh.

PepsiCo’s growth in India has been guided by our vision to Be the Global Leader in Convenient Foods and Beverages by Winning with Purpose. “Winning with Purpose” reflects our ambition to win sustainably in the marketplace and embed purpose into all aspects of the business. For more information, visit www.pepsico.com.