The Indian Cancer Society’s Youngest Unit Of The Survivorship program, ‘UGAM’ Organised A Cricket Match to celebrate Life on prelude to the World Cancer Survivor day 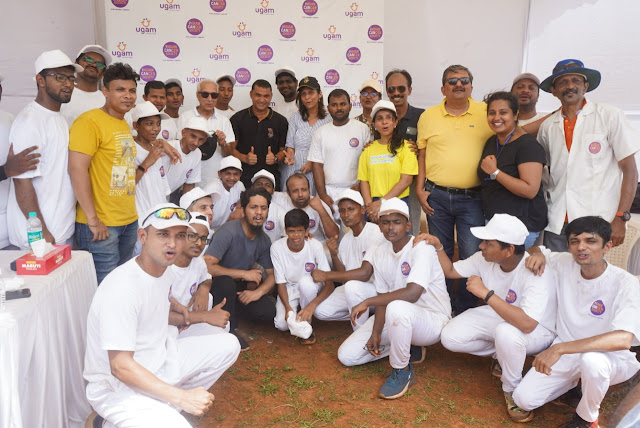 Mumbai, India - May 29, 2022: The Indian Cancer Society (ICS), India's first voluntary, non-profit, national  organization for awareness, detection, cure and survivorship of those affected with cancer organised a ‘UGAM  Cricket Match’ on 29th May 2022 at the Mahim Juvenile Sports Club. It was one of its many initiatives to spread  the message stating, ‘Childhood Cancer is Curable’ under the youngest unit of theirsurvivorship program, UGAM  - a support group formed by childhood cancer survivors from the After Completion of Therapy (ACT) clinic of  Tata Memorial Hospital, with an aim to empower the cancer survivors.

Returning to normalcy post the COVID-19 outbreak, the match witnessed a high-spirited on-ground participation  of more than 50 victors. A week ahead of the ‘Cancer Survivors Day’ which is observed on the first Sunday of  June each year, a zestful game of cricket was played amongst the exemplary Gen Z and Millennial warriors aged  between 15 to 35 years who’re now settling in life having overcome the disease.

With an aim to provide empowerment to the survivors of childhood cancer and as a mark of celebrating life, the  cricket match was graced by the celebrated cricketer, Mr. Pravin Tambe as the chief guest addressing a gathering  of cancer patients as well as survivors who see UGAM as a beacon of hope for their sterling work in order to  fight cancer across India.

“UGAM was solely established to create awareness about the curability of childhood cancer. For the same, we  organise various activities annually that aid in empowering the survivors, educating the masses and being an  emotional pillar for children with cancer. The Cancer Victors Cricket match was one of such initiatives to help  millions of childhood cancer survivors build up their life . Ugam is now expanding its wings to include survivors  from other Mumbai based hospitals . Ugam would also increase footprints in other cities soon” said Dr. Purna  A. Kurkure, Convenor, UGAM- Childhood Cancer Survivors Support Group, Indian Cancer Society

UGAM is a voluntary support group of Indian Cancer Society which has been formed by Childhood Cancer  Survivors from the After Completion of Therapy (ACT) clinic of Tata Memorial Hospital, inspired by the survivors  from across the globe with whom they interacted during the International Society of Pediatric Oncology (SIOP)  meeting in October 2007. UGAM was formally launched on 7th June 2009, first Sunday of June celebrated as  Cancer Survivors Day across the world. For more details log on to www.indiancancersociety.org or dial on the  helpline 1800-22-1951