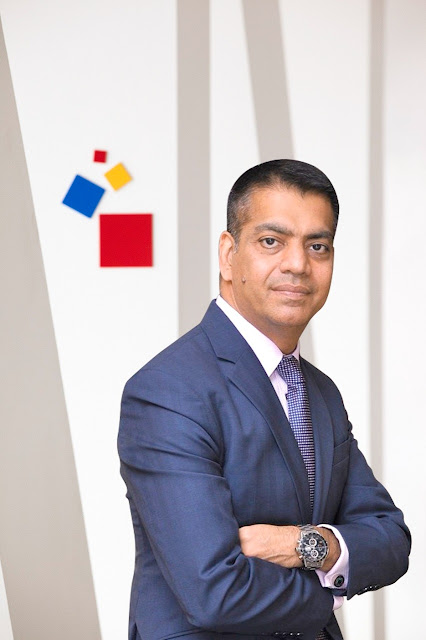 Returning to ‘India’s financial capital’ after two years, the trade fair will bring together 120 brands with their latest technological capabilities in indoor and OOH advertising, printing, static and digital signage, retail displays, finishing and fabrication, as well as consumables and media.

“Digitising OOH spaces have opened up a massive opportunity – both for signage manufacturers, advertisers and media owners. Especially with things now back to normal and rising footfalls in airports, metros, malls, and other key engagement areas, the digital signage industry can move up a gear to become a more dominant force in advertising, alongside the traditional OOH. Through Media Expo Mumbai 2022, Messe Frankfurt India will continue to support the Indoor and Outdoor advertising segment by introducing various technologies into the spectrum.” Stated Mr Raj Manek, Executive Director and Board Member, Messe Frankfurt Asia Holdings Ltd.

Moreover, the Brihanmumbai Municipal Corporation’s (BMC) recent move of making it mandatory for shops to use signage boards with regional language is set to create an influx of business opportunities for the signage industry in India. With the dates of its 2022 edition nearing, Media Expo will be the perfect meeting point to identify innovative as well as cost-effective signage solutions.

Airport-Out-Of-Home (AOOH) is a new chapter in the world of advertising comprising of any visual advertising media found around airports, inside airports and in-flight. According to recent studies, almost 20 million passengers travel through Mumbai International Airport annually, 60% of which notice OOH advertisements placed around and within the airport, thus making it a highly-effective engagement spot for brands to market their products. To inform the advertising fraternity about the growing AOOH sector in India and explore new digital signage technologies to integrate into their AOOH ecosystem, Federation of Airport Media Owners (FAMO), the apex body that brings together all Media Owner Organisations in the Airport Out-Of-Home (AOOH) space in India has extended its support to Media Expo Mumbai 2022.

Commenting on the partnership, Shri S. K. Chaudhary, President, FAMO, stated: “FAMO’s endeavour to build industry-wide awareness of the airport media’s competitiveness and its diverse offerings will be greatly aided by Media Expo’s business platform that unites advertising professionals and signage manufacturers from all across India. We hope that this partnership will bring AOOH into greater limelight and benefit media owners through various signage advertising tools exhibited at the fair.”

An exclusive whitepaper on ‘Indian Digital Signage Industry 2022 - 2028’ will also be unveiled by 6W Research during the trade fair providing a forward-looking analysis of India’s growing digital signage advertising segment. Mr Rajjat Kharbanda, Research Director, 6W Research, stated: “India digital signage market is in the growing stage of industry life cycle as there is a robust demand for organized retail sector attributed to surging urbanization and rising household income. The organised retail sector is expected to increase to 82 million sq ft by 2023 in India. The remarkable growth in the entertainment industry in the past few years is also a factor that would accelerate the digital signage market in India. It is expected to reach USD 30.6 billion by 2023 from USD 23.7 billion in 2021 with rising cinema halls in various parts of Indian cities and adoption of digital technology.”