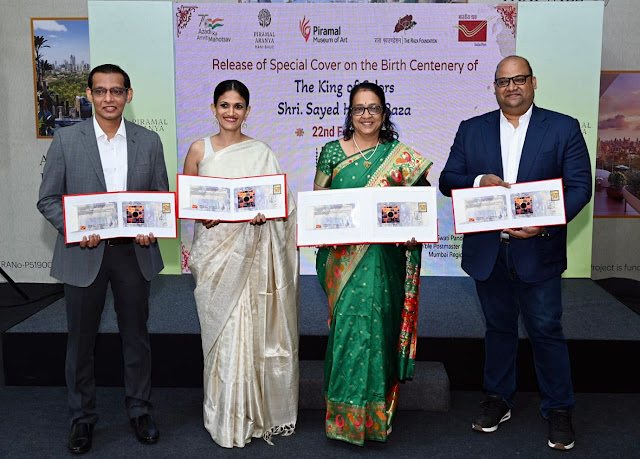 Sayed Haider Raza (S. H. Raza), born in 1922, is one of India’s most renowned modern painters who accomplished incredible success around the globe during his career. He started his career as an artist in Bombay in 1943 and won the prestigious silver medal at the Bombay Art Society in 1944. From then on, he went to become the most important voice of Modern art in India. He was the founding member of the Progressive Artist’s Group in 1947 that paved the way for the modern art movement. He was considered one of the most prominent Indian painters of his generation. In his innovative abstract works, Raza often used concentric circles and geometric patterns which referenced the Tantric ideologies of Hinduism and Buddhism, while his representational paintings often depicted landscapes and urban scenes both in France and India. Apart from many national and international awards, Raza received India’s most prestigious awards Padma Shree in 1981, Padma Bhushan in 2007 and the Padma Vibhushan in 2013.