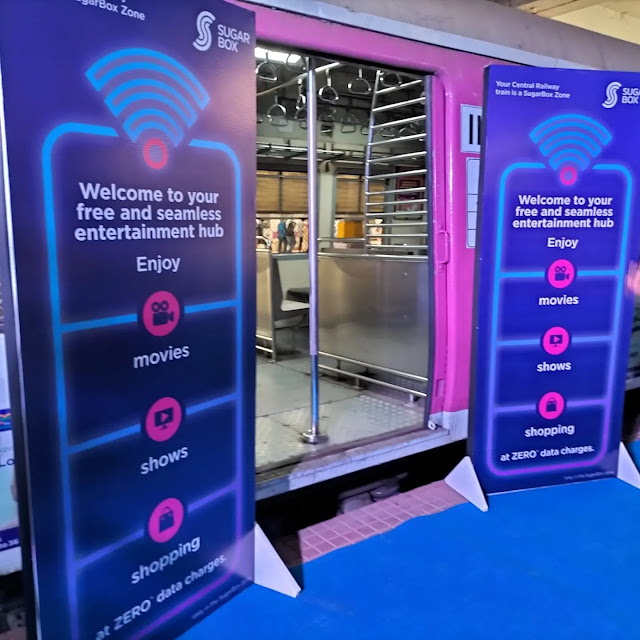 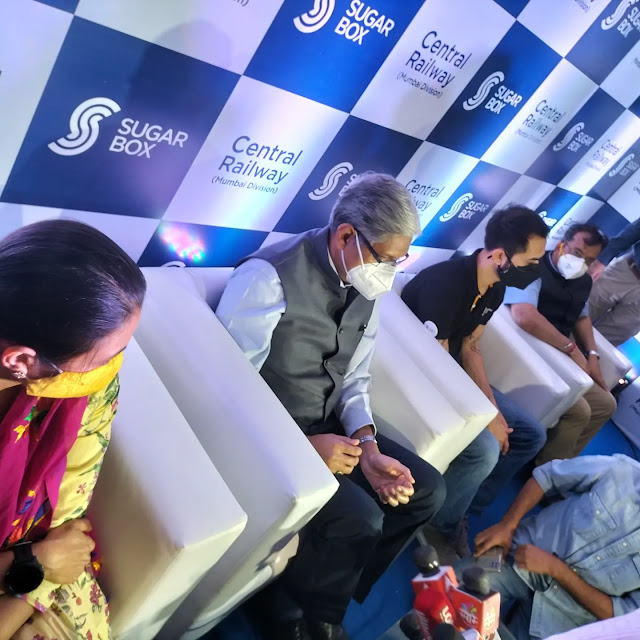 This collaboration will contribute to Central Railway’ futuristic vision to bring alive better customer experience through adoption of new and emerging technologies. Thus, enabling a digital experience for commuters, which is reliable and affordable. When traveling on the Suburban train route (Central Railway), commuters will now get continuous access to information, entertainment, shopping, education & upskilling services, payment platforms and more, even when the cellular network is irregular or unavailable.

Believing in taking a progressive step ahead with innovative technology solutions, shared Shri Anil Kumar Lahoti, General Manager, Central Railway, “Central Railway is the backbone of public transport in Mumbai. We witness footfalls of 45lakh passengers daily across our suburban network (during pre-covid times). Often, for commuters this travel time is an opportunity to spend uninterrupted time on their devices. And if we could empower them simply by integrating technology into our services, then it could strengthen our goal to stay future-forward and customer centric. Our partnership with SugarBox is a step towards this endeavor to enhance passenger centricity, using technology. I am confident that this joint effort will go a long way in contributing to the overall Digital India mission”.

The process to access SugarBox app when travelling in train:

• Search for SugarBox app on the Playstore or App store

• Verify your mobile number via OTP

• Enjoy movies, shows & shopping on the SugarBox app or any partner app that is supported by

The vision is to make native digital services available for everyone, everywhere. The key concerns that passengers often highlight when traveling is the lack of constant internet connectivity that is good for streaming or downloading various content, payment failures or paying more out of their pockets for an irregular network connectivity. SugarBox Networks is building solutions for common problems like these that commuters often face across the country as well as world over.

Speaking about creating solutions for Central Railway, Rohit Paranjpe, Co-founder and CEO, SugarBox Networks, said, “Given that Mumbaikars spend a large portion of their time traveling, there is a need to ensure they have access to uninterrupted digital connectivity during transit. Through this partnership we aim to make Mumbai a stellar example of in-transit connectivity and make it a digitally equipped travel line. Together we intend to deliver a digital experience with zero buffering and high-speed internet for commuters traveling on the Suburban route. Our goal is to be future-ready for the trains of tomorrow by offering faster, reliable and cheaper access to digital services for the masses, regardless of where they are or what their affordability is”.

The Great Indian Peninsular (GIP) Railway came into existence on April 16, 1853, when the first train on the Indian Sub-continent steamed off from Mumbai to Thane, a modest stretch of only 33 kms. Central Railway was carved out of erstwhile GIP Railway on November 5th, 1951. Central Railway covers a large part of the state of Maharashtra and parts of North-Eastern Karnataka and Southern Madhya Pradesh. It is a system with five divisions i.e Mumbai, Pune, Bhusawal, Nagpur and Solapur. Central Railway is the leading passenger carrying system. It carries more than 4 lakh passengers every day to each nook and corner of the country through Mail / Express / Passenger trains.

Mumbai Suburban Train System is the lifeline of the Metropolitan City.  More than 4.5 million passengers travel every day in 1774 suburban trains. The Mumbai Suburban System of Central Railway extends from Chhatrapati Shivaji Terminus to Kalyan (54 Kms.), where it bifurcates into 2 directions, one to Kasara

(121 Kms) and the other to Khopoli (114 Kms.). Central Railway is also distinguished for its Neral -

Internet Infra providers, etc.) and Digital Services (Apps, Websites, etc.) alike, to harness the power of Local Area Networks. With this technology at its heart, the company is reimagining connectivity for the underserved and unserved globally, in order to make internet accessible, affordable, and reliable for the masses, whilst being economically viable for the internet ecosystem.

SugarBox, co-founded by Rohit Paranjpe, Ripunjay Bararia and Devang Goradia in 2016, installs Edge Servers at places where users are present and prone to access digital services (POIs). These Edges are installed close enough to the users so that they can now be accessed via wired and wireless Local Area Networks, to reduce the amount of internet bandwidth required by users. This disruptive technology also enables Apps and websites to function seamlessly, even when the internet network is patchy or if the network goes off altogether for a while, using its patented technology. Read more about SugarBox here