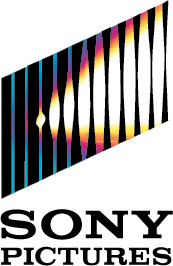 In the first official cross-corporation joint venture for Sony Group in India, SETVI combines the expertise and global reach of both companies, leveraging the vast pool of commercial talent and star-power in India to build investment opportunities, partnerships, metaverse solutions and more for talent. India is on track to become the third largest consumer market by 2030 and sustains one of the largest local-language content creation ecosystems in the world.

Talent represented by SETVI will also benefit from potential partnerships and global opportunities across the wider Sony Group, such as Sony PlayStation and Sony Electronics.

“SETVI will leverage our expertise, deep local relationships and global reach to give talent the potential to scale, become household brands and fully realize their creative and commercial potential,” added Shridhar Subramaniam, President of Corporate Strategy and Market Development in Asia and Middle East, Sony Music Entertainment. “The digital revolution and India’s unique start-up culture bring huge opportunities and SETVI’s role will be to partner with talent to build and serve their fans in exciting new ways.”

Singh joins having been CEO at Fox Star Studios for over a decade from 2010 to 2020. Prior to this, Singh was Managing Director of Developing Markets at the Tetley Group in London, and also brings music industry experience to the role, having previously led Sony Music Entertainment India as Managing Director from 1996 to 2002.

“Our ambition is to work as advisors to talent to build their wealth and legacy and unlock the best monetization opportunities for them in India and the world.” said Vijay Singh. “It’s exciting to be spearheading this new venture and I look forward to working with talent to fulfil their ambitions in the coming years.”

At Sony Music Entertainment, we fuel the creative journey. We’ve played a pioneering role in music history, from the first-ever music label to the invention of the flat disc record. We’ve nurtured some of music’s most iconic artists and produced some of the most influential recordings of all time. Today, we work in more than 60 countries, supporting a diverse roster of international superstars, developing and independent artists, and visionary creators. From our position at the intersection of music, entertainment, and technology, we bring imagination and expertise to the newest products and platforms, embrace new business models, employ breakthrough tools, and provide powerful insights that help our artists push creative boundaries and reach new audiences. In everything we do, we’re committed to artistic integrity, transparency, and entrepreneurship. Sony Music Entertainment is a member of the Sony family of global companies. Learn more about our artists, creators, and labels here.

I like viewing web sites which comprehend the price of delivering the excellent useful resource free of charge. I truly adored reading your posting. Thank you! Austin strippers for bachelor party strippers Austin