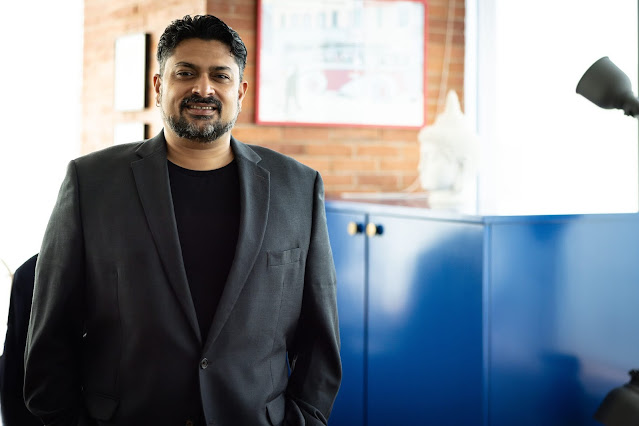 Mumbai, 26 th April 2021 - Billboard’s annual International Power Players List recognizes the contribution of international music executives from across the globe (ex-U.S.) and this week, saw Devraj Sanyal, Universal Music India and South Asia’s MD and CEO highlighted for his contributions to introducing original Indian music and culture to a global audience in 2021’s list of executives.

This recognition in Billboard’s International Power Players list is testament to the path-breaking industry-leading moves that Universal Music India has been making over the last 3 years. The company as a multi-pronged approach towards how music is made and marketed in India across all-genres and UMG’s initiatives in non-film commercial music, HipHop and regional music space have been instrumental in shaping the way music industry is evolving in India.

Recognizing the changing fabric of music and artists in India, the company launched India’s first Hip-Hop label with an international outlook, Mass Appeal India in 2019. The label’s mission is to bring the underground HipHop movement in India to the fore and take it to international audiences. In just 2 years, the label has a solid roster of artists and catalog that has also seen international acclaim and support.

Beyond commercial pop and Hip-Hop, Universal Music India has consolidated and solidified its position in the regional space by partnering with India’s pioneer label from the Punjab region, Desi Melodies.

This budding partnership was solidified in 2020 and has seen releases like Titliaan, Baarish Ki Jaaye and Banglow amongst others. The label is also home to some of the best talent from the region.

Speaking on this development, Vineet Thakkar, COO, Universal Music Group, India &amp; South Asia, said, “This is a moment of absolute pride for not only all of us at UMG India &amp; South Asia but also specifically for our region. In such a vibrant growing emerging market with culturally rich music and artists, it was time that we got some well-deserved global recognition. This is a collective victory for our industry and UMG India for our relentless endeavour to build an artist-centric music business inIndia. It’s now time to take our brand of music and artists on the path to global success.”

Speaking about the achievement, Shantanu S Gangane, VP Marketing Universal Music Group, India &amp; South Asia said, “Devraj’s passion and infectious energy speaks volumes of how we operate at Universal Music Group in the region. It is a proud moment for us to see this recognition come through and I am sure it is a sign of how Indian Music industry is now being perceived globally. The success of music and artists is more borderless than ever before, and I am confident that this paves the way for similar global recognition for Indian music and artists, and global hits in the future.”

Universal Music Group (UMG) is the world leader in music-based entertainment, with a broad array of businesses engaged in recorded music, music publishing, merchandising and audiovisual content in more than 60 countries. Featuring the most comprehensive catalog of recordings and songs across  every musical genre, UMG identifies and develops artists and produces and distributes the most critically acclaimed and commercially successful music in the world. Committed to artistry, innovation and entrepreneurship, UMG fosters the development of services, platforms and business models in order to broaden artistic and commercial opportunities for our artists and create new experiences for fans. Universal Music Group is a Vivendi company. Find out more at: http://www.universalmusic.com.