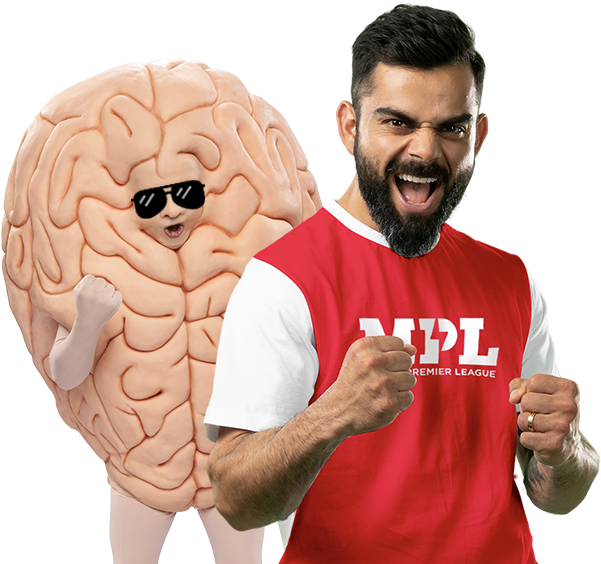 ~ With the humanised brain as protagonist, this campaign that is now live features seven films~

All the films in the campaign feature a human brain as protagonist, with the central idea that anyone with a brain or ‘Akal’ (intellect) can create a fantasy team on MPL with their knowledge of Cricket during the ongoing T20 tournament.

There are a total of seven films in the campaign, of which three are already live and the rest will be released as the IPL progresses. The first three films are based on the age-old Hindi language sayings “Akal badi ya bhains”, “Akal ke dushman”, and “Dimaag ghaas charne gaya hai”. MPL has roped in veteran actor Vijay Raaz for the films’ voice-overs.

These films have been very well received by audiences across mediums. They have also led to a number of memes based on the ‘Brain’ flooding the internet and social media over the past week. Since the campaign first went live with the start of the IPL, MPL has already seen 1 million new app installs.

“This IPL, we decided to go back to the basics of Fantasy Cricket- which is to make the best possible team by using your knowledge of the game and your thinking skills. By giving the human brain its own manifestation as a protagonist and by using some very well-known Hindi sayings that we can all relate to, we hope these films resonate with the masses. The initial response has been very kind and encouraging and we hope the audiences love all seven films in this campaign,” said Abhishek Madhavan, Senior Vice President, Growth and Marketing, MPL.

Navin Talreja, Founding Partner of The Womb, the agency that created the campaign, added “Passion and love for the game of cricket can at best make someone a great fan of the game. But to play the game either in real life or in the form of fantasy one needs skill. Skill in the form of strong analytical skills and strategic abilities to create the best teams game after game. Our attempt was to bring this alive by creating the brain itself as a device. The campaign uses popular idioms associated with the brain to generate popular appeal.”

The films were brought to life by Early Man Films and were directed by Abhinav Pratiman.

MPL is Asia’s biggest eSports and mobile gaming platform, with over 70 million users in India and 3.5 million in Indonesia. MPL has worked with numerous game developers and on-boarded over 70 games on its platform. It was founded in 2018 by Sai Srinivas and Shubh Malhotra. The gaming platform currently employs over 600 personnel with offices in Bengaluru, Pune, Jakarta, and Singapore.