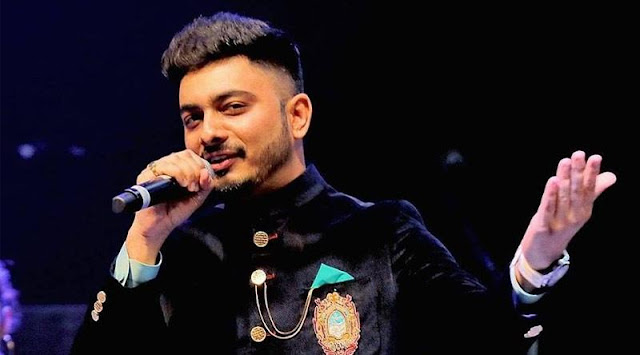 Qyuki Artist Abhay Jodhpurkar, an ingenious and brilliant playback singer, renders his harmonious voice for the track “Sapna Hai Sach Hai” for the most highly anticipated movie of the year “Panipat”, alongside the phenomenal and breathtaking singer, Shreya Ghoshal.

Hailing from Madya Pradesh, Abhay Jodhpurkar has always been diligent and relentless when it came to pursuing his career in music and received immense recognition for his songs “Moongil Thottam” and “E Sanje Eke Jaruthide”. After debuting in the Bollywood industry in 2018 with “Mere Naam Tu” for the movie Zero, Abhay Jodhpurkar is back with a sparkling track “Sapna Hai Sach Hai” for the movie “Panipat”.

“Sapna Hai Sach Hai” is a romantic single penned by the maestro Javed Akhtar and composed by hit duo Ajay-Atul. Abhay Jodhpurkar was flabbergasted to learn about this opportunity and that he would be recording this track alongside the legendary Shreya Ghoshal herself! His passion for the craft and love for music shows and hits the right notes in the track.

Ecstatic about his new track Abhay says, “This song has got much more to it than just romance. If you listen to it carefully, you'd realize how intensely cathartic music is!

I was scared to death while dubbing because I was lending my voice alongside the Goddess herself! But Ajay dada comforted me throughout the recording and kept helping me grab on to the correct sentimental value of the song!”

Speaking about the launch of the song, Sagar Gokhale COO of Qyuki Digital says, “Abhay has left his mark in the industry by lending his voice to the movie Zero. Sapna Hai Sach Hai is a phenomenal track and is sure to be welcomed by the audience. We wish him all the very best!”

In the ranking by YouTube India, Qyuki had two of the top 3 fastest growing channels in the country while on Facebook, its' managed talent FunkYou grew over 1000x to 6 MILLION fans in one year.  Qyuki prides itself on being a creator-focused company with Gajendra Verma, Darshan Raval, FunkYou, Shraddha Sharma, Motorbeam, and AutoCar India being some of the largest digital brands managed by Qyuki. The Company's Agency business has also executed some of the largest branded content projects with clients like Coca-Cola, Olx, VW, Mercedes-Benz, Colgate, Money control amongst others.
Posted by SUJATA TAWDE at 4:08 AM