Stand up India : The benefit of standing in local trains for two hours, Do not worry if you do not get a seat in the local train 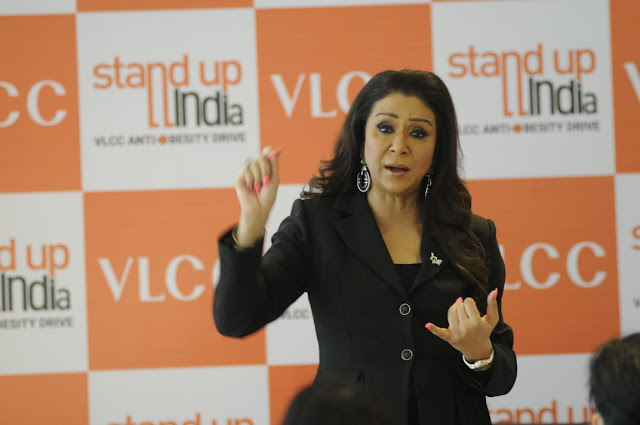 If you stand for one hour, you will lose weight : VLCC - Vandana Luthra

There is a fight for seats in the crowded trains of Mumbai, but the truth is that if you daily stand in the train, your weight will be reduced. According to new research, you can reduce your body's calories even by standing daily. According to the report of the World Health Organization, even after standing for two hours daily, you reduce at least 50 calories.

VLCC Foundation Founder Vandana Luthra, while announcing the stand-up campaign in Mumbai said that on November 26th the campaign across the country on Anti-Obesity Day will begin. For this, programs like public awareness and foot march will also be done. she said that in today's times, many people do not get a chance to go to the gym and exercise. In such a situation, people lose weight even if they stand for a while.

Vandana Luthra said that it is necessary to state in the stand-up India campaign that you can suffer many diseases due to obesity, but as soon as you stand and take the first step, you can reduce obesity. He also told that VLCC through his centres is also campaigning to teach work to more than one thousand women for free so that they can stand on their feet. Along with this, VLCC Center also works for training so far, more than 32 thousand people have been trained in 33 cities of Maharashtra.
At present, the market of beauty and wellness in the country is worth Rs 86000 crores that are people spend so much money every year to look beautiful. From this, more than Rs 10,000 crores is being spent on fitness and reducing obesity.

In response to a question, Vandana Luthra said that the era of the recession has not affected the beauty and wellness sector. But people get some happiness from it. She also said that if people remain fit, then they can also fight the recession in a better way.
Posted by SUJATA TAWDE at 4:13 AM