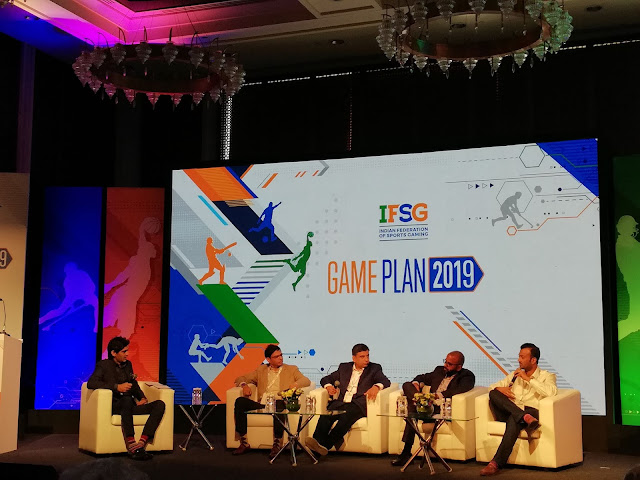 The Indian Federation of Sports Gaming (IFSG), India’s first and only self-regulatory industry body for the sports gaming sector, and KPMG India Private Limited (KPMG)launched a report on the ‘The Evolving Landscape of Sports Gaming in India’ at its second flagship event - GamePlan 2019. The report provides an overview of the online gaming industry with a focus on fantasy sports and eSports.

Commenting on the occasion, John Loffhagen, President IFSG said, “With the rapidly growing digital infrastructure and emergence of new sports leagues, the Indian online sports gaming industry is witnessing a boom which shows no sign of slowing down. Exponential growth provides users with easy access to a vast variety of sports gaming apps, formats and genres. This could lead to potential confusion and misjudgement among players in choosing the right platform to engage with their favourite sport. As India’s only self- regulated industry body for Sports Gaming, we are dedicated to creating awareness about fantasy sports, encouraging operators to adopt ethical and best business practices and allowing sports fans to enjoy their favourite sports in a fun, exciting and safe manner.”

Speaking on the launch of the report, Girish Menon, Partner and Head – Media and Entertainment, KPMG in India said, said, “Online gaming in India is seeing increased traction due to the growth of digital infrastructure, with fantasy sports emerging as an important segment in this space. With the number of fantasy sports operators growing rapidly and the number of users on fantasy sports platforms expected to cross 100 million by 2020, this segment has the potential to spawn a whole ecosystem around it, and could help deepen user engagement with their favourite sports’.

Key Highlights from the KPMG Report:

The Sports Gaming industry comprises companies that operate online sports-based Games of Skill, such as Fantasy Sports, along with eSports and casual sports games. IFSG aims to create a thriving ecosystem for users and operators by setting out guidelines for a common set of practices, setting standards of operation and creating a regulatory framework to protect the user and operator interests.

IFSG works with key industry stakeholders and liaisons with the Government and policymakers to create standardised best practices and set industry benchmarks with a strong governance structure, thereby protecting its consumers and operators. IFSG currently has 27 members across Fantasy Sports operators and Sports analytics firms. For now, IFSG has two committees viz, a Legal Committee, and a Taxation Committee, and plans to create some more through the year.