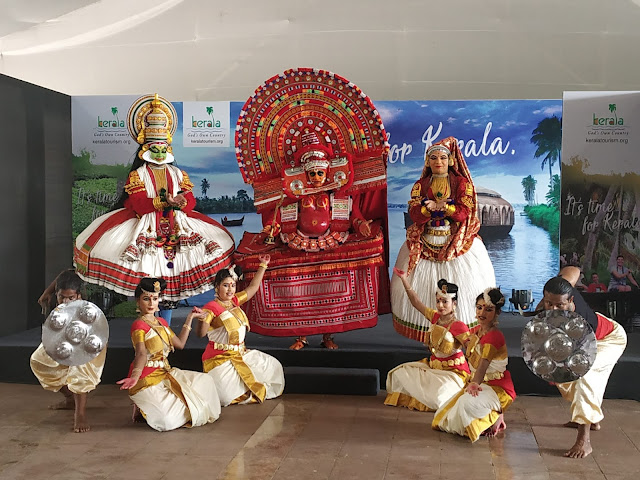 Overcoming the ordeal caused by the recent floods with a remarkable swiftness, Kerala today presented before various stakeholders of tourism and hospitality industry in this western megapolis a string of exciting new products, exuding confidence that the novel initiatives would spark interest among tourists from both India and abroad.

Kerala has emerged stronger from the traumatic aftermath of the floods. The just concluded Kerala Travel Mart (KTM) 2018, which saw the participation of over 1500 buyers from across 66 countries in one of the most successful editions of the event, is a strong proof of it, Tourism Secretary Mrs Rani George said at a media interaction at The Club Mumbai.

“At the KTM, industry stakeholders showed huge confidence in the state’s readiness to host tourists. The most important task at hand now is to put it out to the world that we are back on track and ready to receive tourists from everywhere in all major destinations,” she added.

Listing the new products and experiences tailor-made for the domestic traveller, Mrs George said
Jatayu Earth Centre in south Kerala, which contains the world’s largest bird sculpture of Jatayu
mentioned in the epic Ramayana, a virtual reality museum and a state-of-the-art ropeway to reach the destination, could be among the new tipping points for the state’s tourism. The giant statue of Jatayu is 200 feet long, 150 feet wide and 70 feet in height, making it the largest functional bird sculpture in the world.

“Spurred by Kumarakom bagging the prestigious Responsible Tourism award at the London World Travel Mart last year, we have founded a new Responsible Tourism Mission. Our new tourism policy focuses in depth at sustainable, responsible and environment-friendly tourism,” she pointed out.

For those who seek an adrenalin rush, the timing could not be more perfect to explore the rolling
hills of Munnar and explore Neelakurinji, the rare flower which blooms once every 12 years
covering the landscape with a fascinating carpet of lilac and blue. The young travellers can savour the beauty by trekking, cycling or biking.

Further, the Nehru Trophy Boat Race (snake boat race), will be held this year on Nov 10 th at the
Punnamada Lake in Alappuzha as a subtle reminder that Kerala’s waters continue to be safe for
adventurous activities.  The Chaliyar River Challenge 2018 (a 68-km kayaking championship), which is aimed at tapping the potential of adventure tourism in the state, will also be held as per the schedule.

Nefertiti, the Egyptian themed luxury vessel of the Kerala Shipping and Inland Navigation Corporation (KSINC), is to be launched by this month-end, and it is expected to chart a new course in cruise tourism in Kerala.

The government has also decided to leverage the enormous potential of Malabar as an alluring tourist destination, famous for its piquant cuisine and rich heritage. A high-tech digital facility, known as ‘SMiLE Virtual Tour Guide’, has been launched which provides information on 40 Malabar attractions, ways to reach them, plan tours and fix reminder alarm notification, besides means to share portal material, find accommodation and book rooms.

“The international airport at Kannur is scheduled to open in December, and Kerala Tourism hopes to establish Malabar, which shares boundaries with Coorg, Coimbatore and Mysuru, as the new tourism gateway to the state,” said the Tourism Secretary.

For art aficionados, the immensely popular Kochi-Muziris Biennale will be holding its fourth edition from December 12 th , 2018 and will run till March, 2019. The biennial has changed the landscape of contemporary Indian art today and given Kochi the status of the art capital of India. For history buffs looking to transport themselves to another era, there is the Muziris Heritage Project. The remains of a once thriving port frequented by Arabs, Romans, Egyptians as early as the first century BC is today preserved across 25 museums as the largest heritage conservation project in India. Another offering in the historical space is the Spice Route Project that rekindled the 2000-year old ancient sea links and shared cultural and culinary legacies with 30 countries.

“Travellers come in search of an enriching experience and it is via festivals, museums and exhibitions that we can help them gain a complete Kerala experience. We are planning to host a series of literary and music festivals which will be organised with the association of public organizations,” she said.
Posted by SUJATA TAWDE at 5:38 AM