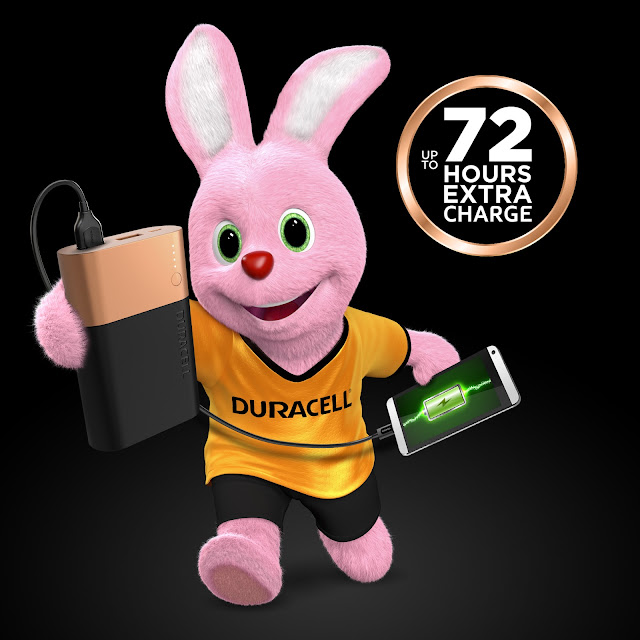 Realising that one’s smartphone is just about to run out of power is the most feared moment by everyone in today’s times.  Not to mention the resulting stress and hassle of finding a nearby socket. It’s called “low battery anxiety” and it can ruin a perfectly wonderful day. That’s why Duracell is set on a mission to keep India’s mobiles mobile and put all those worries to rest. The world’s leading manufacturer of high-performance alkaline batteries, specialty cells and rechargeables, will launch Duracell Powerbanks on 10th October 2018. The Powerbanks will be an online exclusive on Amazon for a period of six-months.

India, currently, represents the highest YoY growth (16 per cent) for smartphone users in the world with this number to hit 337 million by the end of 2018 and reach 490.9 million by 2022 (eMarketer, May 2018). With the launch of its Powerbanks, Duracell brings to its customers unstoppable and long-lasting power for devices providing them with an uninterrupted connection to the world for up to 72 hours. The Duracell Powerbank powers up your phone 2x faster than a regular 5W wall-mounted socket, so even while charging, you can keep your mobile, mobile. It will be available at:
https://www.amazon.in/b?ie=UTF8&node=15705832031

Duracell’s Powerbanks are compatible with Apple, android and most USB-powered devices.
With the growing number of smartphone users in India, there is an increasing demand for powerbanks and consumers usually buy it based on its charging capacity, prices and mAh power capacity. Powerbanks capable of charging a device several times is expected to drive the growth of the market. Known for its longer lasting batteries, Duracell Powerbanks can charge phones up to 30 per cent in 20 minutes, thereby enabling consumers to stay connected without any disruption. The Duracell 10050 mAH Powerbank powers up a cell phone two times faster than a regular wall-mounted socket giving consumers 72 hours extra talk and surf time.

Speaking about the launch of the Powerbanks in India, David Abraham, Duracell Marketing Director for Middle East and India, said, “Duracell is trusted across the world for its high performance alkaline batteries. The requirement for a high capacity power bank is essential and Duracell lives up to its promise of excellence and providing long-lasting power. In launching Duracell Powerbanks in India, we are catering to the needs of the consumer living in today’s fast-paced world and constantly multi-tasking on their smart phones. Our new mobile Powerbank empowers consumers to get on with their busy lives, without worrying about their phones losing its charge. The Powerbank also sports multiple security features to keep safety as priority. Light in weight, it has the trademark Copper Top design that is synonymous with Duracell.”

Since its foundation in the early 1940s, Duracell has become an iconic personal power brand, trusted for compact and longer-lasting batteries. Duracell became a permanent part of the Berkshire Hathaway group since March 2016, and at the heart of it all has been the Duracell Bunny. Come 10th October, it’s time to continue to enjoy your mobile lifestyle no matter where you are or plan to be. The Duracell Powerbank will be the guardian of your independence as it keeps your smartphone constantly connected to the world.

Backed by the superior quality of Duracell and a three-year warranty, Duracell Powerbanks have ten protection features that include:
Kindly scan the Amazon QR code to purchase the product:

DURACELL is a globally operating iconic consumer battery company and the leading manufacturer of high performance alkaline batteries offering as well as specialty cells and rechargeables. Since the launch of the brand in 1965, it has grown to become a global consumer icon, known for its commitment to quality, reliability and innovation. The Duracell Bunny and the ‘Copper Top’ labelling are synonymous with batteries around the world.
Globally Duracell employs 3,000 people and has regional headquarters in the USA, Europe, and Asia. On 1st March 2016, the company became a permanent part of the Berkshire Hathaway group.

Great article, very useful and explanation. Your post is extremely incredible. we provide Earphones Price in Kenya at affordable prices. for more info visit our website.