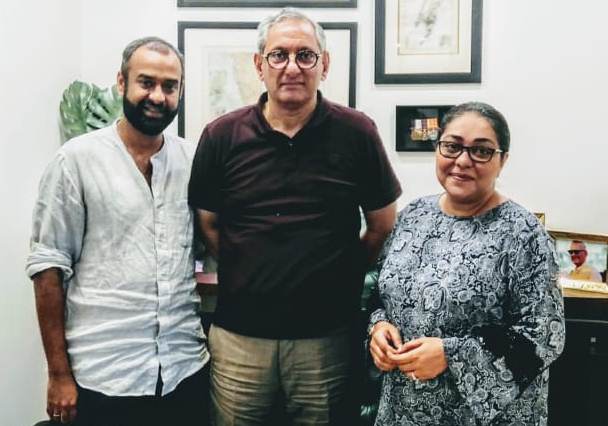 RELIANCE ENTERTAINMENT’S PHANTOM FILMS AND MEGHNA GULZAR
TO PRODUCE ORIGINAL SERIES ON THE LIFE AND CASE FILES OF RAKESH MARIA
FORMER COMMISSIONER OF POLICE, MUMBAI
Anil D. Ambani owned Reliance Entertainment’s Phantom Films and noted young director, Meghna Gulzar have signed up to produce a series on the life and case files of the highly regarded top cop, and former Commissioner of Police, Mumbai, Rakesh Maria.
The series will be based on his experiences and various case files of his accomplished career, and will be directed by MeghnaGulzar.
Rakesh Maria, an IPS officer, cleared his Civil Service Examination from the 1981 batch. As Deputy Commissioner Police (Traffic) in 1993, he cracked the Bombay serial blasts case, and later moved to DCP (Crime) and then Joint Commissioner of Police (Crime), of the Mumbai Police. Maria solved the 2003 Gateway of India and Zaveri Bazaar twin blasts case.  Maria was also given the responsibility of investigating the 26/11 Mumbai attacks in 2008 and interrogated AjmalKasab, the only terrorist captured alive, and successfully investigated the case.

Rakesh Maria commented, “It is exciting to re-live the journey, especially when piloted by a brilliant and sensitive director like MeghnaGulzar, and a production house of the caliber of Reliance Entertainment’s Phantom Films. More than the nostalgia, it’s also a valuable opportunity to place before the people the extraordinary work of the Mumbai Police when facing tough challenges and working against all odds.”
Amitabh Jhunjhunwala, Vice Chairman, Reliance Entertainment, said “We are delighted to partner with one of the most distinguished law enforcement officers of our times, Rakesh Maria, to present the courageous accomplishments of his career, and the unacknowledged contributions of thousands of members of the Mumbai Police, safeguarding the security of our city 24x7x365. We are also pleased that MeghnaGulzar, one of the country’s most talented young directors, is collaborating with us to present and direct the series.”
Meghna’s 2015 film Talvar released to rave reviews and tremendous audience appreciation. This was followed by her latest feature film Raazi, released in May, 2018, which also received critical acclaim and was a huge commercial success, earning big numbers at the box office.

Talking about the announcement, Meghna Gulzar said, “Mr Rakesh Maria’s life-experiences and his prolific career in law-enforcement are a powerful lens to explore the chronology of crime and terror, in our society - as a city, as well as, as a country and a geographical region. The potential of this content is limitless, and that is supremely exciting for me. The collaboration with Reliance Entertainment’s Phantom Films and MadhuMantena-both synonymous with cutting-edge narratives and vision- is a first I’m looking forward to greatly.”

The series is being packaged by KWAN.
Posted by SUJATA TAWDE at 4:47 AM