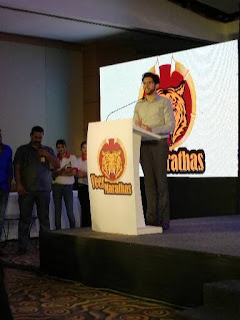 Yuva Sena cheif Aditya Thackeray launched the logo of Veer Maratha Team and unveiled the theme track with a feeling of euphoric team spirit at Taj Vivanta in Mumbai. 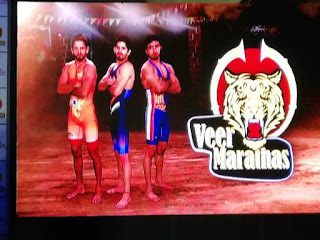 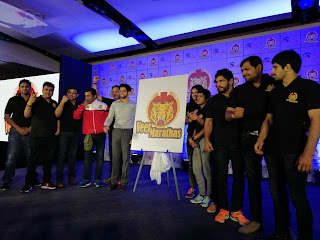 Yuva Sena chief Aditya Thackeray acclaimed the tradition of Shahuji Maharaj " . Shahuji not ony extended support and encouragement to Maharashtrian wrestlers but wrestlers from all over India.
Maharashtra has been a leader in the field of wrestling in India. India's 1st Olympic medalist Khashaba Jadhav was from Maharashtra and the 1st Gold medalist of Asian games was also from Maharashtra .

The Veer Marathas are signified by a tiger and a lion, which is a combined symbol of victory and power. The Veer Maratha theme song uses local Maharashtrian musical instruments weaving the entire state as the plethora of talent that it truly is.

The owners of the team Veer Maratha , Ranjeet