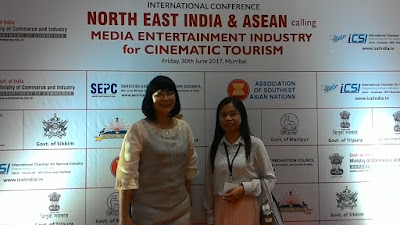 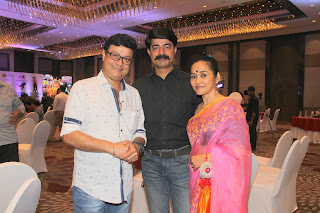 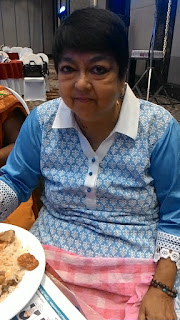 The Dias was graced by big wigs from the  Media entertainment Industry as Cinematic Tourism has  tremendous potential to give boost to Indian economy, promote Northeast region  tourism, and generate large foreign exchange, direct and indirect employment opportunities for the untapped existing potential of our northeast region of the country and many more such avenues. There was a special confluence of ASEAN Countries heads on this occasion, to promote Cinematic tourism. 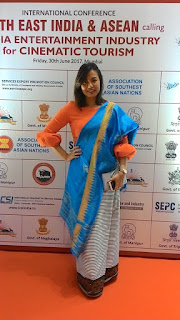 Followed by a 3 section Panel Discussion divided into Films, TV and Studio. 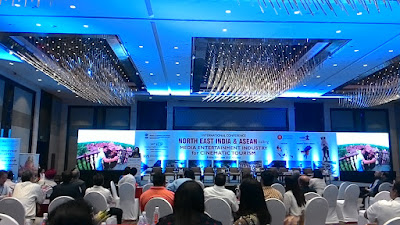 1. Which are the most unique/picturesque locations in  Northeast India,  and ASEAN countries which are offered to M&E Industry for shooting and Media Ent. related events.

2. How to help the Industry for getting single window clearance, hassle free activities right from landing-shooting-and moving out , availability of desired equipment ,  tapping the local talents, active participation of state Tourism departments, working in the direction to  get most economical  packages for M&E Industry and other feasible incentives.

Shri Sudhanshu Pandey, Joint Sec. Min. of Commerce gave the complete road map on how Min. of Commerce and Industry, is working in the direction to promote NER and ASEAN for service industry with a special segment of Media- Entertainment Industry. He also highlighting no. of initiatives which have been taken in this regard.

Dr Gulshan Sharma, ‎Director General at International Chamber for Service Industry (ICSI) said "The main reason for this conference was to reach out to all the people of the specific industry and bring in collective efforts towards making North East India Cinematic tourism a big success along with ASEAN countries. The chamber would also like to understand, the demand of the Media-Ent industry, if the Northeast region of India is to be promoted . Besides, eminent people from Northeast region from the industry and govt. also participated in the event to share their views on the NER region besides ASEAN diplomats.

Mr. Sudhanshu Pandey Joint Sec. Min. of Commerce says, "It's an honor to have the entire film & television fraternity be a part of Cinematic Tourism 2017.  We invite them to the north east side of India to explore the locations & give a glimpse of the beauty of the cities. I thank each and everyone for being  a part of this conference."

A Web-portal www.cinematictourism.in would provide complete details and services.The role of the media and entertainment industry in India has been huge in our day to day life. Newspapers, magazines and movies are the three most important mediums where from a Monday brunch in a city passes through the same boulevard of tasteless days and whizzes to an exotic weekend getaway. Nowadays film makers have been smart enough to capture the Indian audience in large numbers by laying bare the hard lifestyle of the common man. Although such realistic movies don’t influence the travel and tourism sector directly, some scenes do manage to capture the eyes of travelers prompting them to travel to India later on.

However most of the production houses move out of country due to various hassles in getting clearance, lack of single window clearance and one agency taking overall responsibility to help the entire industry through Min. of Inf. & Broadcasting, Min. of Culture, Min of Home Affairs, Min. Of Defense, take up financial incentives through Min. of Finance and state govt. concerned depts. Etc 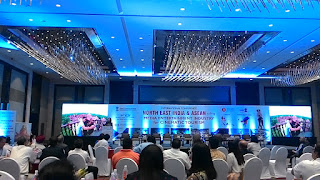