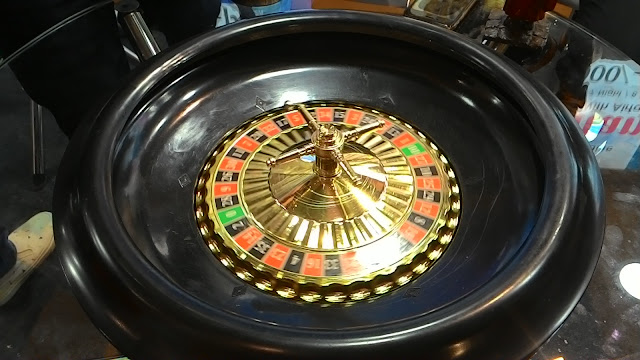 Speed adds thrill to mundane life. In a metropolis like Mumbai, speed is the need to succeed.  On 22nd February 2017, OTM, Mumbai hosted a special Speed-Networking event exclusively for Travel Bloggers and Exhibitors participating in OTM, Mumbai to build on their prominent role in the travel marketing ecosystem. 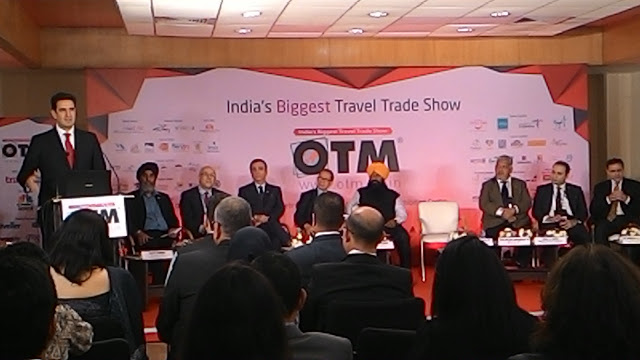 The shortlisted bloggers held mini-meetings of 5 minute duration with interested exhibitors at the venue. The overall activity was scheduled for 1.5 hours , but went on for 3 hours , during which ample opportunity were provided to both bloggers and exhibitors to meet and discuss how they could work together and help promote the destination, product or brand the exhibitors represent. 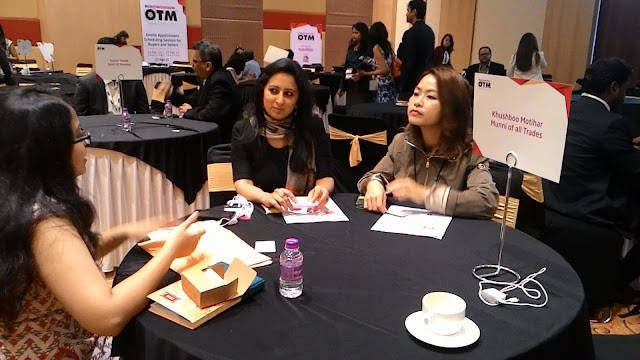 Every blogger was given a table with a prominent sign showing the name of the blog and the categories they represent. The exhibitors visited bloggers-tables individually. We had a face to face meeting for a max. duration of 5 minutes post which the next exhibitor took their place. This ensured that everyone got a fair chance at talking to everyone else during the event. 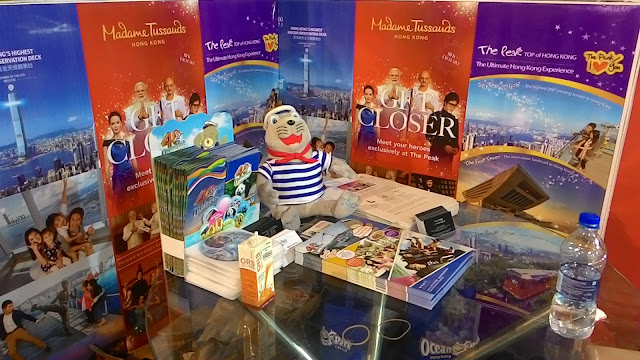 We met exhibitors from OTM, Mumbai who specifically wanted to meet and work with digital influencers like us. We were asked to choose three categories that best suit our content during registration. Bloggers cover a variety of niches and target a diverse audience and this simplified the process and helped exhibitors to find bloggers who met their needs. As this event was open for all Exhibitors in the travel trade, we got the opportunity to talk with interested State Tourism Boards & National Tourism Boards, Hotels, Airlines among others. The event provided a platform for a face to face meetings for a more concrete discussion. 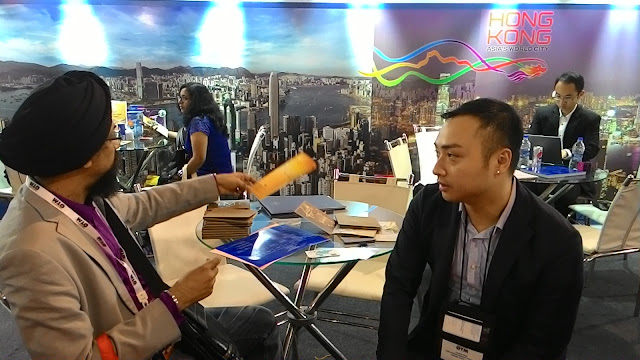 We Interacted with fellow bloggers. This event helped bring the community of bloggers closer. There were several exhibitors who had not have worked with bloggers and several who regularly do. For those who had not, it was important to pitch but also to educate how we bring value as a blogger. A tough task in a short period but manageable.

We focused on successful tie-ups and campaigns we have worked on. High engagement in previous campaigns, promoting an untapped destination, creating itineraries etc were some value adds we showcased. 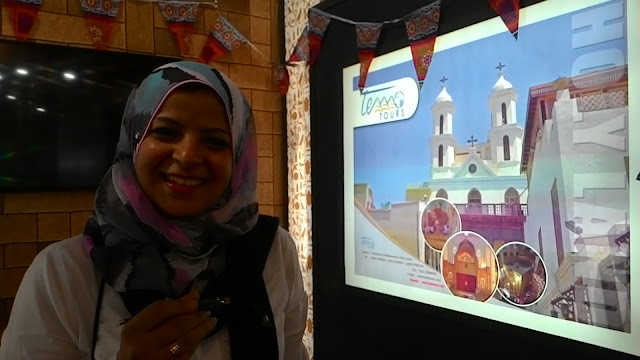 We had adequate number of cards and handouts to give to the exhibitors. A media kit (digital or physical) as a snapshot of current reach, target audience and associations. As the time duration was limited we researched the exhibitors we were interested in meeting/talking with. This allowed us to have a more personalized and relevant conversation with the person/brand concerned. 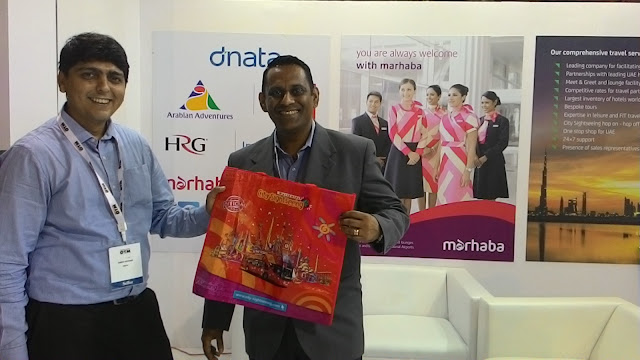 60 countries showcased their destinations at OTM 2017 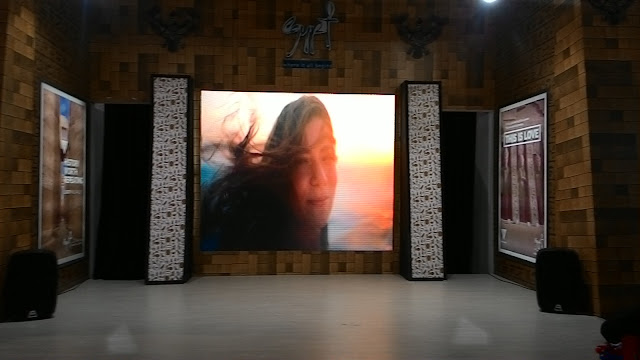 OTM 2017 has participation of 1134 travel organizations from 60 Countries. These include National and State Tourism organizations, Hotels, Airlines, Destination Marketing Companies and other suppliers serving leisure as well as business travel and MICE (Meetings, Incentives, Conventions and Events) markets. 7392 travel trade visitors have pre-registered to attend the show. In addition, more than 500 buyers from travel, trade and corporate sectors have qualified for special hosting privileges. In addition to buyers from across India, international buyers from countries like United Arab Emirates , Egypt , Kuwait, New Zealand, Philippines, Russia and Thailand are also being flown in. 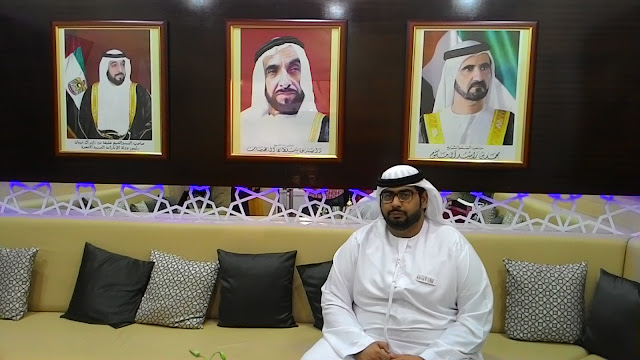 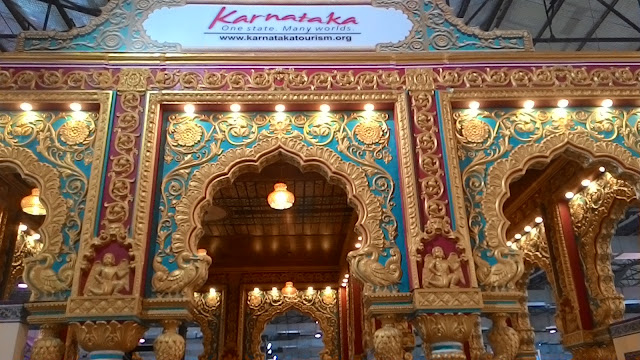 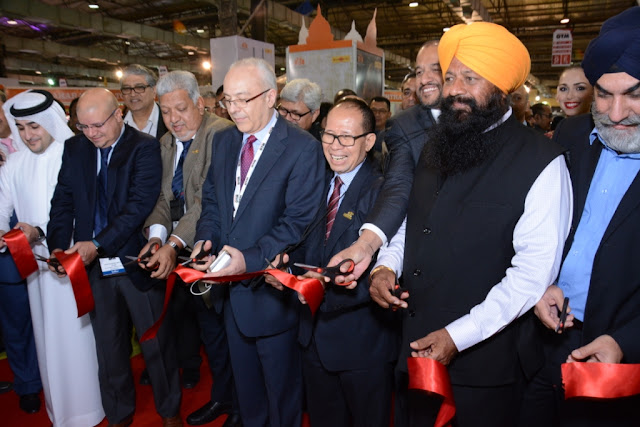 A brand-new addition in OTM 2017 was the co-located BLTM- Business & Luxury Travel Mart. It was focused on the Business, Luxury and MICE segments, where qualified hosted buyers met the sellers by appointments. Indian citizens whether travelling abroad or within the country are a much coveted and one of the fastest growing market for leisure as well as business travel segments. 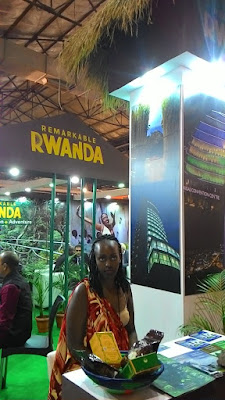 In another first, the MICE Club is being launched at OTM, with an objective to facilitate networking and education opportunities among the community of buyers and sellers from Business Travel and MICE segments. Globally, travel trade fairs are considered important annual opportunities for face-to-face meetings and networking among buyers and sellers. Traditionally, visitors at these fairs walk the show and meet the sellers of their interest. The advent of online technologies has not left this field untouched either, as further added by Sanjiv Agarwal.

Sanjiv Agarwal, Chairman & CEO, Fairfest Media Ltd (Organizer of OTM),said, “With over 1000 exhibitors from 60 countries and from 25 states all over India, OTM 2017 is India’s biggest ever travel trade show. Mumbai is among India’s most important tourism hubs and destinations as well as the biggest tourism source market. We have been organizing this show since last 30 years with a view to providing a platform for the stakeholders of the travel and tourism industry. National and International players who have come together at OTM will witness excellent networking, marketing and tourism promotion opportunities between countries, states and regions. Tourism is one of the fastest growing industries in the world. It plays a vital role in the economic development of a country.” 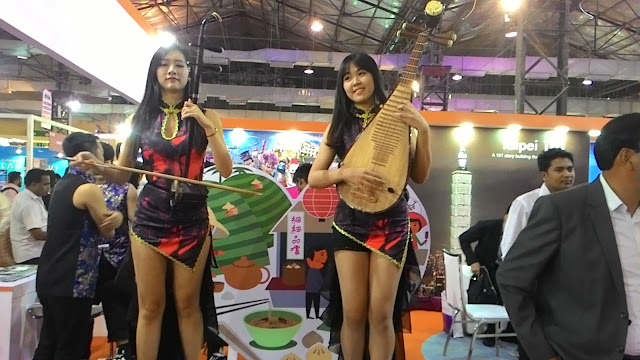 Featuring destinations through films has been a traditionally successful strategy for many destinations. Mumbai being one of the biggest hubs of film production in the world, OTM has partnered with Film and TV Producers Guild of India and Globe Hoppers to organize an exclusive event ‘Shoot-at-Site’ on the opening day of OTM focused on promoting tourism through films shoots, which will be attended by international and state tourism boards and leading film production companies. Destination Weddings is one of the fastest growing segments. A workshop on ‘Destination Indian Weddings’ is being curated with the help of Globe Hoppers. Some of the leading Wedding Planners from Mumbai and Delhi will be attending the session. 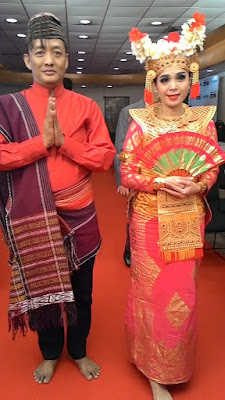 OTM 2017 has deployed a state-of-the-art online meeting diary system provided by EventsAir based in Australia. It is an advanced system that facilitates matchmaking and appointments between the Buyers and Sellers.  It has received over 5000 meeting requests prior to the show.
In addition to buying and selling opportunities on the show floor, exhibitors from various countries and states will also make colourful cultural presentations. There will be an equally interesting line up of workshops and presentations that will conducted on the sidelines of the mart.
Posted by SUJATA TAWDE at 11:13 PM

Hi Shrinidhi , Thank you very much. If a famous Travel blogger like you find this interesting , means a whole LOT to me.