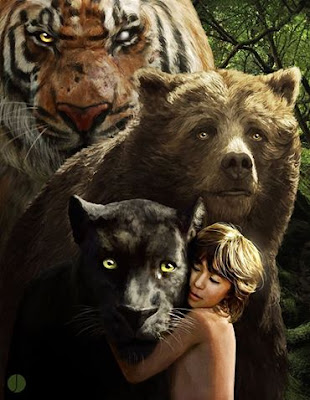 We the Indians do not just watch the Movies. We move with the movies, literally. For us, any Movie is a live, interactive media. We act, we perform, we appreciate or criticize each and every scene, nuance of the movie with great gusto.

Having made this very clear in the beginning, my experience of "The Jungle Book" preview show at 3D Inox, Lower Parel was as exhilarating as the Fire-Flower ( Rakta-Phool ). Rakta-Phool is the metaphor used in 'The Jungle Book' to authorize the Human nature. How the human beings are destructing the nature, through fire, how they frighten the jungle animals with fire. 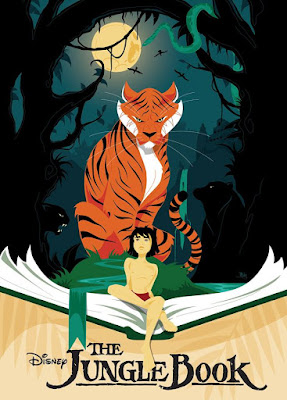 
The Jungle Book is a story of Mowgli, a baby found alone in the jungle and raised by a wolf pack. Once Shere Khan (the tiger) knows of Mowgli's existence, he is forced to leave the wolf pack. There are many life lessons to learn as Mowgli sets out to find human-locality, on his way he meets various animals and learns through his adventurous experiences.

The Jungle Book is a 2016 fantasy adventure movie directed by Jon Favreau , written by Justin Marks, and produced by Walt Disney Pictures. The best features of The Jungle Book are debutante actor Neel Sethi as Mowgli and the voice overs by Nana Patekar ( Shere Khan ),  Om Puri ( Bagheera ), Irrfan Khan ( Baloo ), Priyanka Chopra ( Kaa ) etc. which add human-touch to the movie. Hindi dialogues score more over the English ones as they are penned in Mumbai's famous Tapori language. 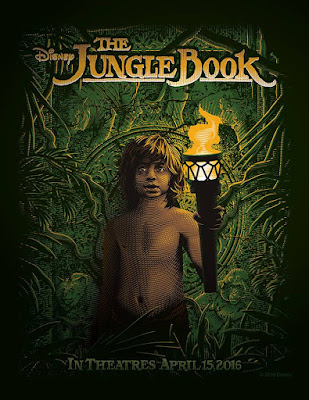 The high-tech visual effects and mind-blowing 3D cinematography of 'The Jungle Book' must be experienced first hand with own eyes to be feared as well as applauded. It does look scary a few times. You can not help but scream and grab your neighbor's hand for assurance. So may be UA certificate justifies.
Ok, fine , this is a movie, not a reality.

It looks interesting. Probably more for adults than children by the looks of it. Thanks for the review.

A well written and explained review.

"You can not help but scream and grab your neighbor's hand for assurance". OMG! This sounds so appealing. we have grown up watching mowgli so I can't miss this for the world. And your post just provoked me a bit more. :)

I used to love watching Mowgli on television. This sounds interesting.

This was great Sujata, I am definitely going to see this one.
@KalaRavi16 from
Relax-N-Rave

I am super excited to go watch the movie with my son :-)

HI Kalpana , all of us including the Bachcha party loved the movie so much that we laughed, screamed and applauded all adventures of Mowgli.

Hi Arvind Thanks and welcome to 'Spirit Of Mumbai'

Hi, Welcome to 'spirit Of Mumbai'. Yes you must watch it with your family in 3D

Hi Dipanwita, It was such an awe-inspiring experience to watch our childhood favorite-character after such a long time and loving it all the more.. Yes u should watch it once in 3D.

Hi Kiran, Same pinch I loved watching Mowgli and reading his comics . You will love this movie for sure.

Yes Kala , 'The Jungle Book' in 3D is spectcular. I will watch it again with my nephew and niece.

HI Archana, actually , we must be thankful to the god for keeping us alive to watch such technically advanced and emotionally rich movie. So better stay alive and keep enjoying more movies. Thanks Archana, can u add me to you G+ profile then sharing is possible.

Hi Jyothi , Exactly my point. I will be watching 'The Jungle Book' with my nephew and niece again.

I'd love to go see Jungle book in 3D.

Hi Dipti , Yes you must watch 'The Jungle Book'in 3D . Rest assured you will love it.

Hi Rupam. Enjoy "The Jungle Book' with your family and friends ... only at 3D screen.

Nice review! Have just won couple passes for the movie and am looking fwd to it!

Yesss, Congrats Shaivi. This 'The Jungle Book' movie is a must watch. You will love it.

I really want to watch this movie after reading your review. Thanks

HI Neha, You are most welcome. After watching 'The Jungle Book' once , I want to repeat with my nephew, it's that Excellent.