In the teens, when my friends were busy collecting those Star-photo-postcards, I used to browse Raddi-shops for latest issue of  the STARDUST magazine. Such was my craze for knowing every little bit of gossips about my favorite Bollywood star, that I often ended up splurging the whole lot of my minuscule pocket money on STARDUST mags. 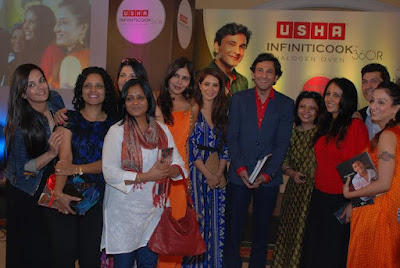 In my wildest day-dream, I had never fantasized that the STARs themselves could be fans of a Chef. Well , if the Chef happens to be  five times Michelin starred and Brand Ambassador for USHA Kitchen appliances, the VIKAS KHANNA , you must agree wholeheartedly. 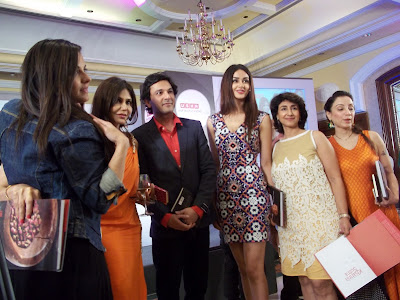 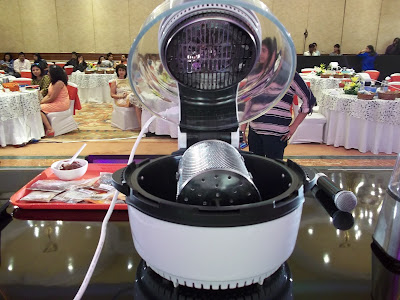 The event included the launch of a unique contest for the USHA Family Cook Book. The best recipes will be handpicked by Vikas Khanna and compiled into a family cook book which will be launched around Diwali this year.
At the sidelines there was an engaging 'Cook with Vikas' session wherein celebrities and bloggers tried their hand at cooking on the new Usha InfinitiCook Halogen Oven 360R. Vikas Khanna also did a Master class with winners from The Usha Diwali Festival Campaign. 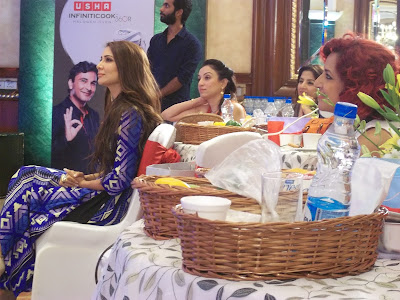 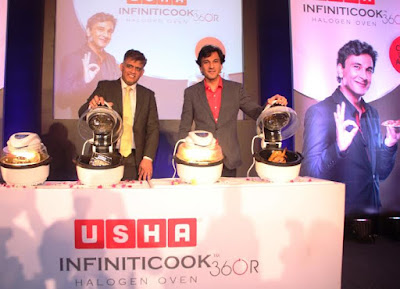 On the occasion, Mr. Ramesh Chembath, Head-Kitchen Appliances, USHA International said,“Kitchen appliances is the currently the most exciting space within the Indian consumer durable industry with consumers evolving their outlook towards food & cooking.  USHA with its commitment towards active lifestyle & well-being has launched new age products like InfinitiCook Halogen oven which has been well accepted. Throughout 2016, we will continue to delight our consumers by bringing new technology in their kitchen that not only helps them to lead active life but also complement their cooking habits – both Indian & world cuisine.”

Keeping in line with the introduction of innovative products, the event also featured an experiential zone showcasing the USHA Janome Memory Craft 15000 Sewing and Embroidery Machine. The participants tried their hand on the machine and created embroidered patterns and customized designs. Everyone was excited by the intuitive and user friendly features of the machine which includes WIFI connectivity.


According to AC Nielson Survey 2015, USHA International is most trusted Indian brand in consumer durables industry. 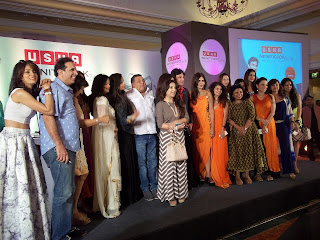 Anything that involves food is always a fun event :-) Informative write-up Sujata.

Hey Jyothi, Thanks. FOOD makes the Words flow abundantly. We love to eat, click and tweet about FOOD.