I broke my 10 year long TV-fast on Monday. Yes , you read it right. We have donated both our TV sets to an orphanage in Vikramgarh 10 years ago. Since then, I had never watched any TV program... 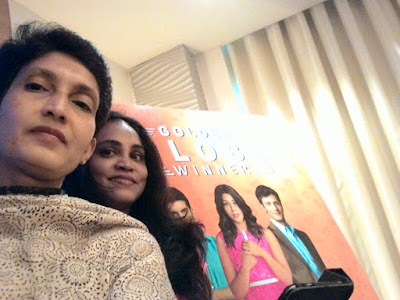 AdFactors invited us, select few bloggers / media-persons for a special preview screening show, Jane the Virgin #JaneOnRomedy. Jane the Virgin is  the newest American Dramedy ( romantic comedy drama series ) to be televised on Romedy Now for the first time in India from 5th August at 7 p.m.

This historical TV BreakFast with #JaneTheVirgin started on a regular Selfie-mode. 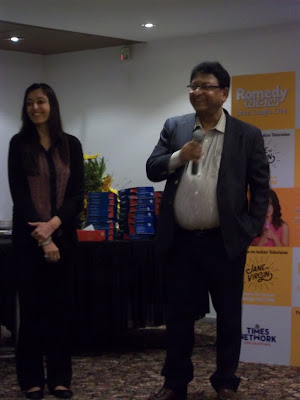 Romedy Now has the clear distinction of first-mover advantage of introducing Jane the Virgin #JaneOnRomedy  to the Indian television audience as it has never been televised in India before.

Vivek Srivastava, Sr. Vice President and Head of English Entertainment Cluster, Times Network, said, “I am happy that our endeavor to bring in the latest and best in English TV series is being successful for the viewing delight of our audiences. Romedy NOW will be premiering this hit and award winning CBS show on the 5thAugust, 2015. It is an ongoing series in the US. This will be an India TV premiere. Jane the Virgin is a 1 hour comedy-drama format.” 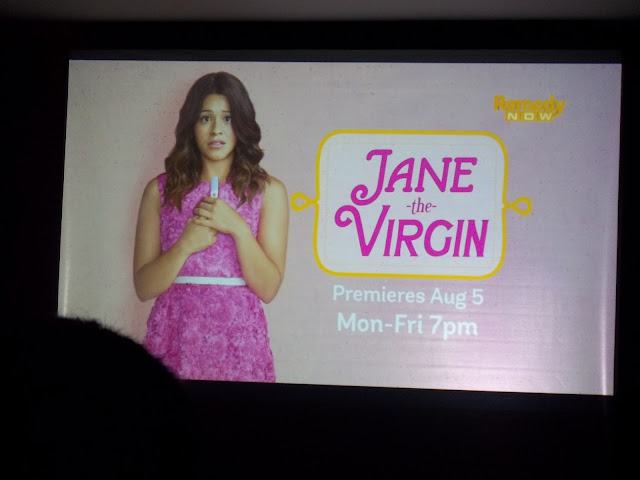 In this TV series, Gina Rodriguez stars in the title role of Jane Villanueva, a religious young working Latina virgin woman, who becomes pregnant after being artificially inseminated by mistake by her gynecologist.

This series is highly acclaimed and has won prestigious awards internationally, including various nominations of Golden Globe awards. 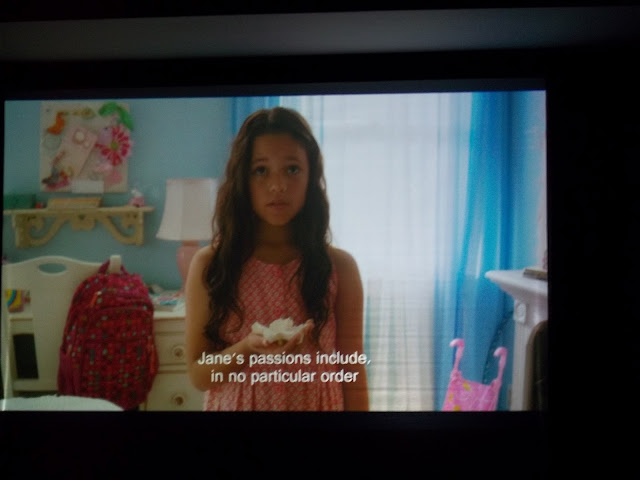 #JaneTheVirgin TV series starts with candid intro of the compact, cozy family of little Jane, her mother and grandmother. Through their perky dialogues all 3 family members evoke a familiar bond with audience within minutes. 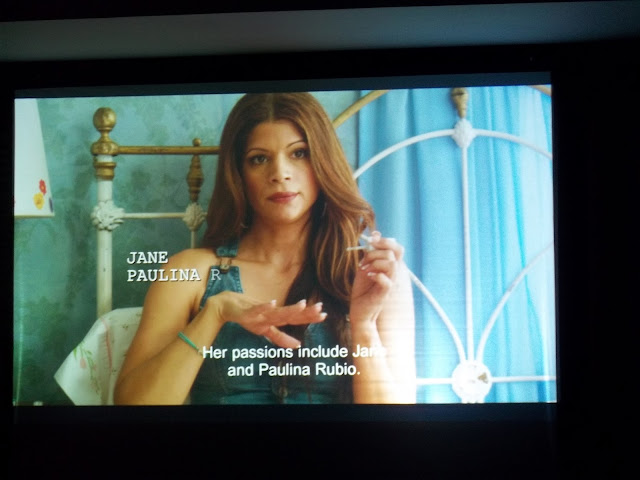 Jane the Virgin (#JaneOnRomedy) is an American romantic comedy-drama television series which debuted in the US on 13 October 2014. The series is created by Jennie Snyder Urman and is a loose adaptation of the Venezuelan tele-novela series created by Perla Farias, originally known as Juana La Virgen. In this TV series, Gina Rodriguez stars in the title role of Jane Villanueva, a religious young working Latina virgin woman, who becomes pregnant after being artificially inseminated by mistake by her gynecologist,  an event that sends shock-waves through the lives of Jane and everyone around her.

Set in the Alpha-World city of Miami, located on the Atlantic coast of beautiful Southeastern Florida, the series details the surprising and unforeseen events that take place in the life of Jane Villanueva, whose family tradition and a vow to save her virginity until her marriage to a detective are shattered when the doctor mistakenly inseminates her artificially during a checkup. To make matters worse, the biological donor is a married man, a former playboy and cancer survivor who is not only the new owner of the hotel where Jane works, but was also her former teenage crush.

Jane the Virgin #JaneOnRomedy has received critical acclaim since its premiere. Gina Rodriguez won the award for the Best Actress in a Television series – Musical or Comedy, at the 72nd Golden Globe Awards honoring the best in American film and television industry produced during 2014 on 11th January 2015, while the show was nominated for Best Television Series – Musical or Comedy and was also nominated for the Critics’ Choice Award. The series has won the People’s choice award for the Favorite new TV comedy.

Jane the Virgin
Watch this feel-good series with the entire family
Starting from 5th of August, 2015, 7 p.m.7pm
Only on Romedy NOW

Jane The Virgin | a synopsis:

What happens when a young, devout woman discovers she has been accidentally, artificially inseminated?! Jane is a young, sweet, simple 23-year-old Latina, working at a hotel to finance her studies and saving herself for marriage. She has a boyfriend too -- Michael, a detective in the police force – and she dreams of a good life together, powered by her college education. Things seem to be on course for young Jane, until a visit to her doctor for a routine checkup finds her life turned violently upside down -- she is artificially inseminated by her doctor by accident!

Caught between her boyfriend Michael, who has no desire to raise another man's child, and Rafael, the owner of the sperm, whose battle with cancer means this is his only chance for a biological child, Jane is in a complete quandary! Petra, Rafael's wife, also wants the baby – but only to prolong her failing marriage while the pre-nuptial agreement is still in effect, where she would be able to acquire a huge amount of money. Petra, incidentally,  is also unfaithful to Rafael.

This is the exact spot between a rock and a hard place where the sweet and lovely Jane finds herself. And perplexed as she is, she is also torn between the views of her mother Xiomara, and grandmother Alba, who have their own differing opinions about what Jane should do.

The twists and turns and the curved balls Life keep throwing at Jane and how the sweet and protected young woman, surrounded by interesting characters, deals with them, form  the  premise of this engrossing, dramatic story.

The citation at its TV Program Of the Year Award win at the AFI Awards USA 2015 puts it succinctly indeed:Jane The Virgin delivers one of the year's most delightful surprises - a modern melodrama from the telenovela mold, with lively theatrics that elevate it into a class by itself. Immaculately adapted by Jennie Snyder Urman, this romantic comedy finds humor in a tiny, beating heart - and witnesses the birth of a star with Gina Rodriguez's wide-eyed performance.
Posted by SUJATA TAWDE at 8:56 AM

Hi Pragati , Yes Capital LUCKY ... to break my TV-fast with an Eye-Candy serial #JaneTheVirgin on ROMEDY NOW. See you soon in Mumbai.