Yes, Mouse Little , that's what my nephew Aamen calls me, his Mawshi ( mother's sister in Marathi ). 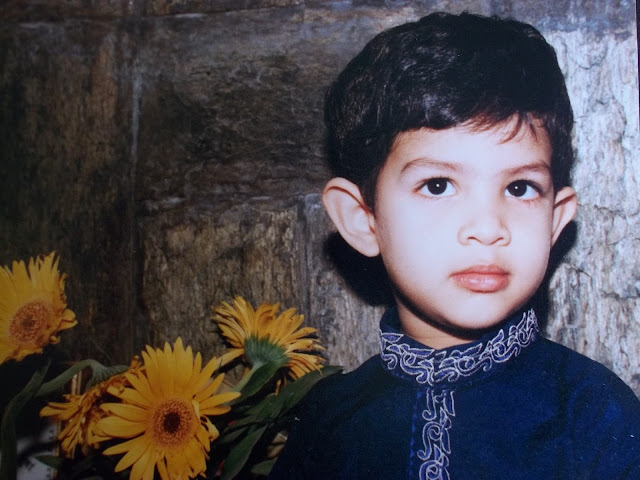 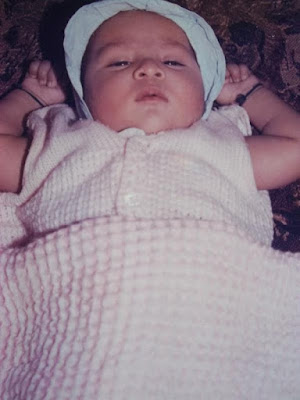 'Buddy Parenting' is not just a term for me, I am living it Extra Large size, since Aamen's birth. The memory of that first time, I took Aamen in my arms is still fresh in my mind as if it happened just yesterday. He was all pink and pretty like a delicate Japanese doll with tiny-winy nose, chink eyes, chubby cheeks and ruby lips.

Aamen could not even utter an A, but I was already reading out my page two stories to him. No wonder then, he started reading the newspaper at the ripe? age of two. So what, if he held the newspaper upside down, he could recite both career and personality development articles, I wrote a day before.

Aamen was in Junior K.G., and wanted to be a journalist, while his classmates were dreaming to be Doctors and Engineers. 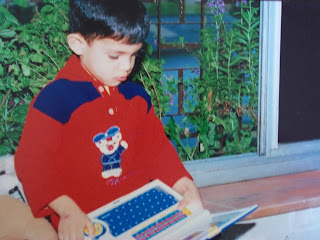 True to his words, Aamen did win the semi-final of DNA's Junior-Journalist. He was just 10 years old then, so could not be selected as a Junior journalist, which required to be at least 12 years old. I still remember his essay 'Why I want to be a Journalist' . Aamen wrote all politically correct things in an essay and he clinched it at the end by confessing "Last but not the least, I want to be a journalist so that I can interview my favorite actor Shah Rukh Khan." 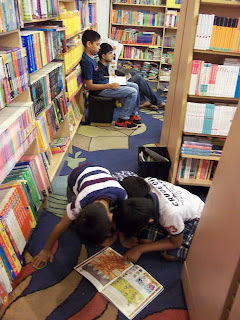 We had donated our TV-set  to an orphanage in Vikramgarh. Aamen grew up in a TV-less home, surrounded by hundreds of story-books and newspapers. He did not know Shin Chan and Chhota Bheem, but he relished Charlie's Chocolate Factory and James's Giant Peach.

"Aamen loved stories.", is an under statement. He always expected to be the hero of each and every story recited to him. I learnt to make my stories exciting and reader-friendly by getting an approval from him. He would either crinkle his nose or squint his eyes or wrinkle his forehead, if he did not like a single sentence in a story. All hell would broke loose when he combined all 3 i.e. nose, eyes and forehead together, meaning my story was a complete disaster. 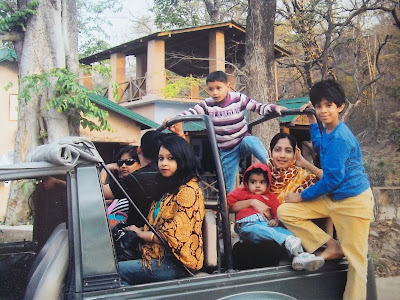 I know, you must have a little doubt, whether Aamen grew up to be a boring book-worm. On the contrary, after reading all those Enid Blytons, Roald Dahls, Geronimo Stiltons etc. he has turned out to be quite a smashing teenager, who loves adventures, learns karate (brown belt), has won medals in running, roller-skating, swimming, baby-sits neighbor's little daughter and to our horror ,drives his papa's scooter (early in the morning, in society's compound.) 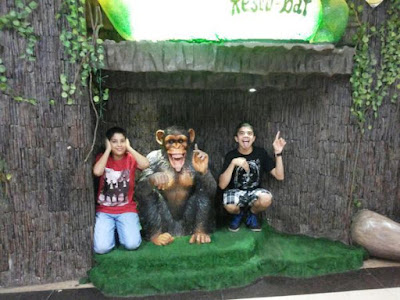 Aamen is an ace prankster, he adds charms to the family gatherings by mimicking us all in an endearing way. Nobody can remain angry with him for more than a minute as he embraces us in his signature bear hug, smiles his sweetest and pleasures us with a chocolaty kiss enriched by Kellogg's Chocos. His exclusive excuse = "Mazzak kar raha tha, give me a tight slap if you wish but say Chee...eese". 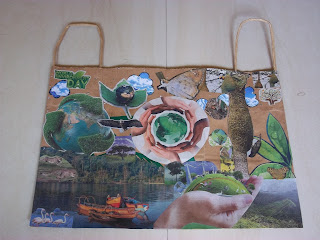 The first Starbucks opened in Goregaon and Aamen dragged me there. I was showing the recycled tissues to him and hinting to add them to his World Environment Day collage. He didn't pay attention to my novel? idea. We took a parcel of Java Chip Chocolate muffins and Chatpata Wraps for Aamen's Mamma, Papa. Aamen paid the bill ( We always request Aamen to pay the bill. So what if his academic maths is not upto the mark, we trick him into practicing the maths in real time.) and received the carry-bag. Suddenly his face lit up with 1000 splendid Suns powered smile, " Mouse, Let's do the World Environment Day collage on this carry bag. We will open up this paper bag and stick the paper-cuttings on it." That's what, I love about Aamen, he has done perfect SWOT ( Strengths, Weaknesses, Opportunities, Threats ) analysis of his parents and takes accurate advantage of them with cool confidence. 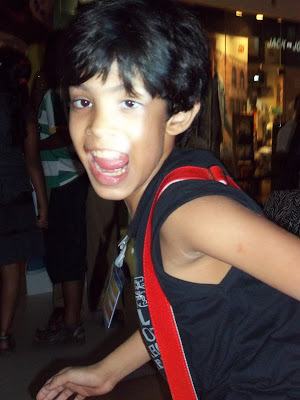 So every thing is goody goody between us ? No, Capital NO. Aamen had made me cry, when I taught him how to measure an angle and Longitude / Latitude. He hates Maths, loves to learn History and English Literature. He hates to eat Subzi-roti but loves to cook Omelettes for us.


Few years ago, I showed Aamen , how to create his own blog, and within no time, he taught me, how to embed a video in my blog.

Buddy Parenting is a Two-way Process and High-way Progress. The Child and parent both grow together and the loving, caring, sharing bond between the two enriches both of them.

Won't you just love to share the bond between Aamen and me?. Here you go...( this is an expression, Aamen taught me to utter in an uber-cool style )


[ *All the photos, except Kellogg's Chocos video are clicked by me ]

Thanks Deeshanti , Welcome to 'Spirit Of Mumbai'