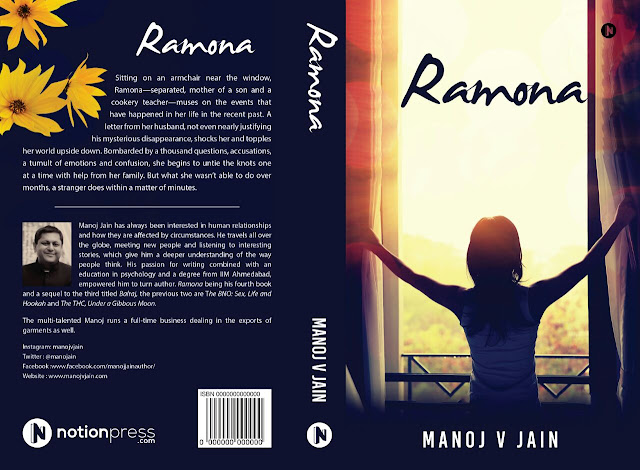 Manoj Jain, the author of The BNO and THC, is all set for the release of his new publication Ramona, a sequel to his previous book Balraj. While Balraj was a man who left behind his family and other worldly possessions to fulfill his spiritual journey, Ramona deals with the repercussions and consequences of that very action and how the world he left behind changed completely. 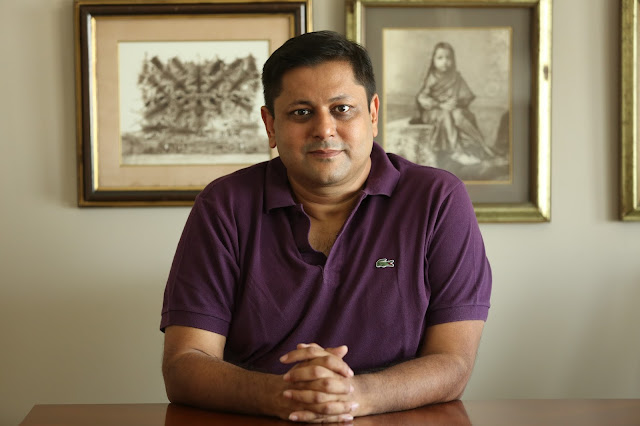 Ramona is a story about a woman whose husband deserted her to embark on his own spiritual journey. Clueless and heartbroken, Ramona has two choices- give up and become a shell of who she was or rediscover herself, changing her life in the process.

This short novel delves into the world of a woman who has to face the questions and accusations of the society as well as her own emotions and feelings.

Manoj Jain weaves a thought-provoking tale of three journeys for Ramona and the reader- the first, of a married woman and her introspection, the second, of Ramona and how she remains strong and develops once Inder leaves and the third, of a physical journey to the mystical city of Varanasi to immerse the ashes of the dead
RAMONA is a short story that started as an addendum to BALRAJ. However, it became an independent book that makes one realize how a change in circumstances can change personalities of people and why people behave the way they do.

Manoj holds a degree from IIM Ahmedabad as well as one in psychology, which explains his interest in people, their relationships, reasons for their behavior and how circumstances shape them as a person.
During the release of Balraj, Manoj Jain expressed his willingness to explore more corners of everyday life and he has done just that with his new release Ramona, which is intriguing and leaves the reader with a sense of fulfillment.
Posted by SUJATA TAWDE at 9:09 PM