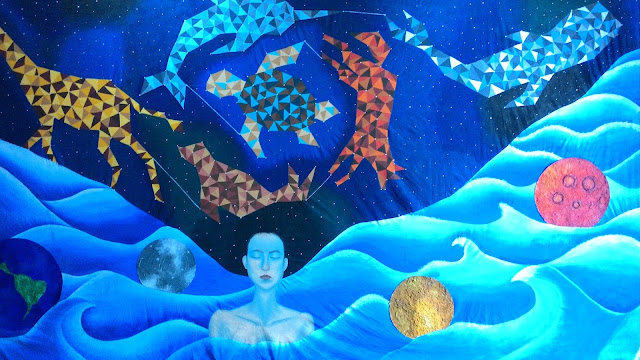 Malhar ... just the sound of this lyrical word transports us into the heavenly bliss of nature's green bounty. Malhar is all about Rains , the serene scenery , rapturous nature and creative splendor.
Legendary classical raga Malhar is so powerful that when sung passionately , it can induce rainfall. Well this rainfall may be metaphorical of the state of mind brought about by the recital of raga .
No wonder then that St. Xavier's college named their annual cultural extravaganza as ' Malhar'. 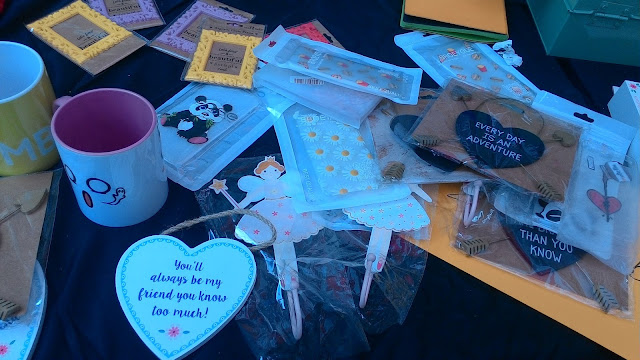 Malhar is hosted annually by the students of St. Xavier's college , Mumbai with numerous activities full of Fun , Talent and Creativity galore. The mascot for Malhar is a frog, aptly named as Puddles. 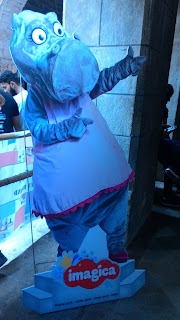 Malhar began in 1979. Malhar includes various cultural contests in Literary performing arts and fine arts categories along with many workshops on different themes .

Malhar is totally conceptualized and managed by 1200 student-volunteers and student organizing committee of 130 students.

Malhar - Conclave was a spectacular success with enriching talks, panel discussions and exciting performances. ''Life is about technology'' 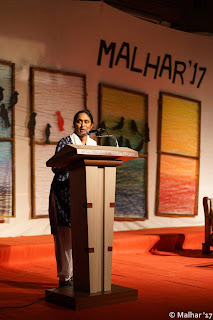 Ashishkumar Chauhan took us back to the past, from where it all started. The evolution of technology. He spoke about artificial Intelligence.

One of the most awaited talks of Malhar Conclave 2017 was delivered by the respected Piyush Goyal. He dwelled on a topic of global importance- climate change and where it is leading the world to. Talking about India's major steps towards energy efficiency, he also stressed on what we, as citizens can do to contribute to this. Amongst other things, he also spoke about Malhar calling it an 'institution to be proud of'. He made a call to the youth of today urging them to be the masters of their destiny and be the harbingers of change in the journey to building a new India.

Viren Rasquinha - Ex hockey player and Current CEO of OGQ, Viren Rasquinha represented and captained the Indian hockey team that came 7th in the 2004 olympics. Working with previous winners such as PV Sindhu and Mary Kom in the past, every medal they won brought him a great sense of joy driving him to work harder. Out of all the experience shared the one that stuck was the great pleasure that one recieved from proving people wrong. 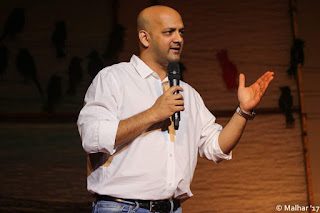 The panel discussion on Artificial Intelligence and Technology, focused primarily on the acceptibility and incorporation of AI in the future. Present at the discussion were Avinash Kumar, Professor at JNU; Nabomita Mazumdar, Specialist in HR and Technology; Upamanyu Ghose, Member of Project Manas; Ankit Mehta, an aerospace engineer; and Siddharth Mehta, Managing partner of Mehta and Padamsey Law firm, who was the moderator of discussion. The topics that were raised included: the economic and social efficiency of AI, the moral dilemmas associated with it, the repercussions of the increasing growth of technology, and what does it mean for Indians in the future. The discussion ended with the panel answering the questions posed by the audience. 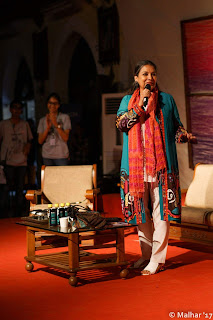 “Art is to promote freedom of expression"
One of the most awaited panel in Malhar 2017, delivered by Makarand Deshpande, Homi Adjania, Shabana Azmi and Mae Mariyam Thomas focused on the difference between cinema and theatre. A beautiful thought quoted by Makarand Deshpande which everyone should take home "I see drama and cinema as live and dramatic as my breath." The panel highlighted the difference between actors in cinema and actors in theatre and how each project a different charisma and style.  Shabana Azmi gave talked about how 'Stardom takes you and moves you away from reality'. 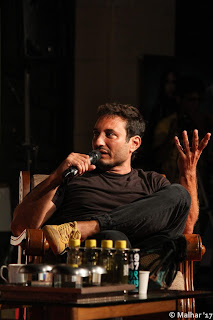 The performance sessions were essentially invigorating with the artists- namely, Symphony Orchestra of India, Siddharth Basrur, Uday Benegal and Divine- giving inspiring speeches and short performances to highlight their talks.