Safety begins with ME

I stood transfixed, praying hard to all 33 crores of Gods + Red-Signal. I was sure, if I moved, something horrible would sure to happen. Aamen, my nephew saw me on the other side of road and ran to cross the road. Aamen crosses the road in his own signature style. He runs headlong , without looking in Right and Left directions for approaching vehicles. He never waits for the Red signal. 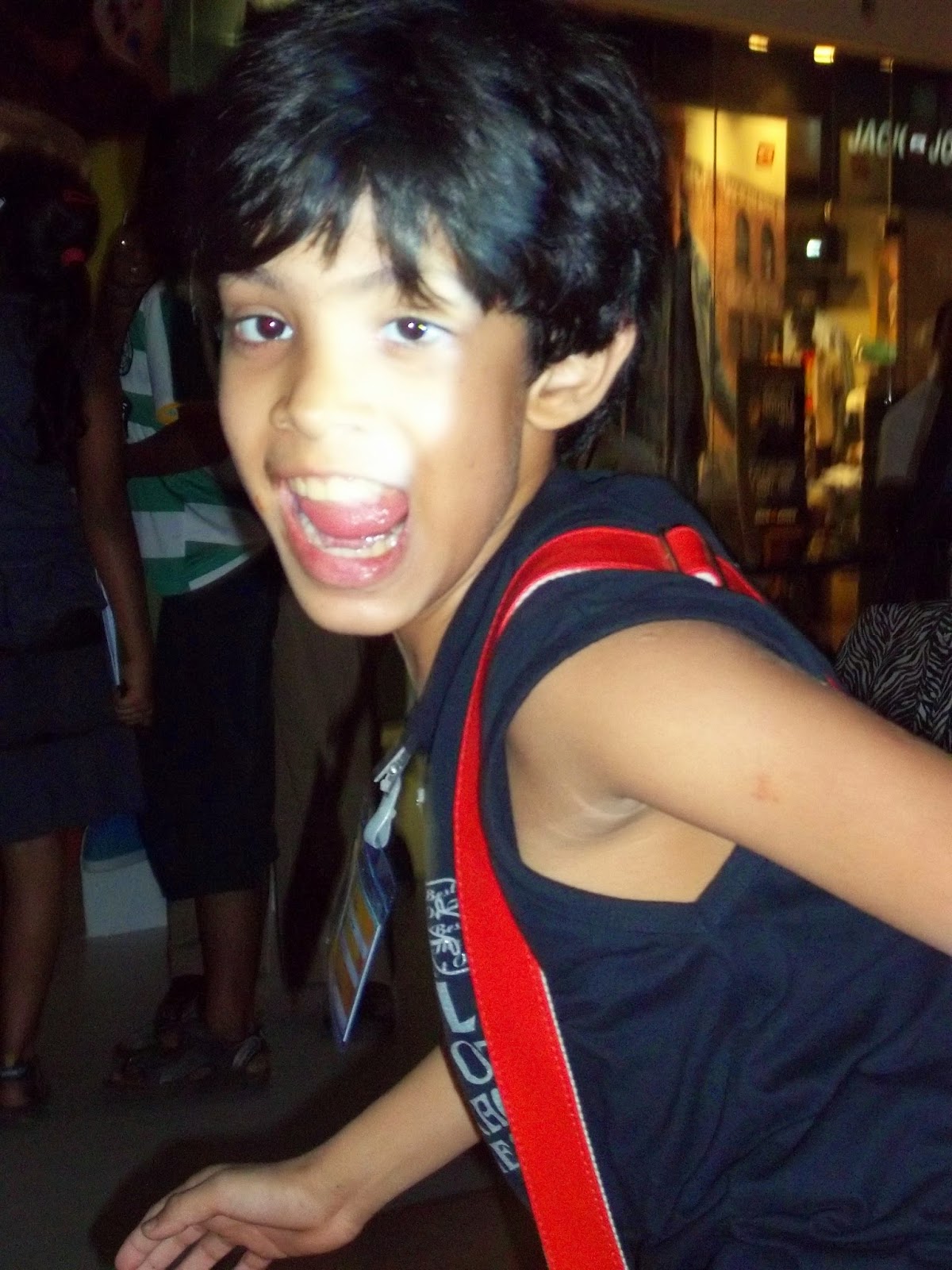 Thank god, I mean the drivers, who allowed him to pass, stopping their vehicles midway. How wrong! Imagine the vehicles stopping midway without Red signal. What if the vehicle right behind is speeding fast and crashes into the stationary vehicle? whose fault is it? driver's or the pedestrian's who is jay-walking/ running? Crossing the road as if he is the Maharaja riding an elephant!

We returned home, I was fuming and Aamen was trying to pacify me with 'Chill mouse, I always cross the road like this only. The driver-uncles stop their cars.' I controlled my raging temper and explained him the road / traffic -rules... so that when he gets his driving licence, he should be able to drive perfectly as well as RESPONSIBLY.

Traffic rules and regulations are not only for car-drivers but also for the pedestrians, cyclists, bikers and other road users. The basic knowledge of traffic rules / regulations , traffic signs is very essential for US , whether we are drivers or road users. This will reduce the number of accidents and ensure a proper road-traffic safety in India for us Indians.

1. Let's Drive sober. Don't Drive Drunk. NEVER. : most of the deaths could have been avoided if the drivers hadn't been drunk. Alcohol causes a number of impairments that lead to road accidents. Intoxication reduces reaction time and coordination and lowers inhibitions, which can cause drivers to take wrong decisions. Alcohol causes blurred or double vision and loss of consciousness. Drunk Driving is a CRIME in India.

5. Let's Fasten, seat belts. Seat belts prevent us from being thrown around, in case of an accident. Almost more than half of all accident fatalities are people who are not using seat belts.

6. Let's take Extra care in Monsoon, when it's pouring cats and dogs. The roads are slippery and the vision is blurred.

7. Let's Keep safe distance between our car and the car ahead. Driver needs enough space to maneuver the car when another car suddenly turns or stops.

8. Let's Keep track of other drivers. We may be the ideal drivers with proper speed and following all traffic rules but the others can crash into our car. Let's be prepared for irregular lane changes, mid-way stops, turns etc.

12. Let's Avoid stopping midway ,just over a hill or just around a curvy corner. A car behind us may not see us in time.

Last but not the least , Let's Always remember , our near and dear ones could be the victims of the rash driving. We ourselves don't want to be those monster who endanger the lives of other HUMAN BEINGS by careless driving.

NISSAN SAFETY DRIVING FORUM
*THE SAFE HABIT
OUR COMMITMENT TO SAFETY IS BASED ON GREAT CONVICTION ABOUT THE NEED FOR CAUTION AND SAFETY WHILE ON ROAD. WE HOPE TO BRING THE MUCH NEEDED CHANGE IN THE MINDSET OF THE MASSES.

The Nissan Motor Co., Ltd., conducts the Nissan Safety Driving Forum (NSDF) in India as part of its safety driving promotion activities. The program began as an annual activity in 2012. In its initial phase it covered three main Indian cities – New Delhi, Mumbai and Chennai – and since then has gradually expanded to several additional cities across India.
This year, NSDF would reach 8 new cities – Chandigarh, Jalandhar, Jaipur, Vadodara, Nagpur, Chennai, Mangalore and Kochi. The overall reach and engagement levels have phenomenally grown and NSDF has effectively reached close to 2 lakh citizens. It continues to stay committed to its core objective of promoting safe driving behaviour in India.
Compared to the previous year, NSDF has witnessed an impressive 126% growth in the sensitisation of wearing seatbelts. In addition, NSDF also conducts live simulated experiences to understand how safety features function through a simulated car crash. A 360-degree turn over highlights the use of seatbelts, while sessions on road safety emphasises on road etiquette to stay safe.
Under its Blue Citizenship CSR umbrella, NSDF by Nissan works to build awareness of safe driving in India. NSDF encourages drivers and passengers to wear seatbelts, and participants learn through interactive activities the importance of wearing seatbelts.
Nissan seeks to support reducing fatalities and injuries caused by traffic accidents, and NSDF represents the company's commitment in contributing to young, vibrant and mobile India.

Blue Citizenship is the commitment of Nissan Motor Co., Ltd. to realise our vision of Enriching People's Lives. We commit to our customers, shareholders, employees and the communities where we do business to deliver engaging, valuable and sustainable mobility for all. Through our business activities, we aim to create economic value and to actively contribute towards the development of a sustainable society.

Such a well written post full of relevant details. All the best to you Sujata :)

Hi Anita , Thanks for your concern and appreciation

you are simply inspiring with your thoughts and writing style. :)) what a start and end. Great. keep going and keep motivating

Thank you for your great job. This is the info I have been looking for! root explorer apk full Viper4android fx youtube vanced apk free download

Thanks for sharing this informational blog tutuapp