Remember the song 'O Laal Dupatte Waali' from Govinda and Chunky Pandey starrer 'Aankhen'? The girl who dons the laal dupatta has transformed beautifully by the passing years and is none other than actress Ritu Shivpuri who's starred in memorable films like 'Hadh Kardi Aapne', 'Lajja' and 'Shakti: The Power' among a few.

A dotting wife and mother, Ritu Shivpuri gave her acting career a break to support her husband and raise her kids. 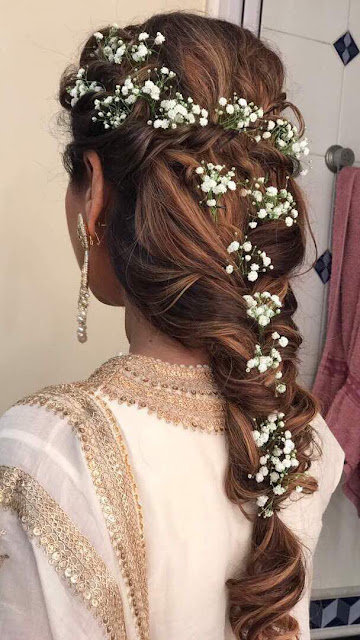 After having settled her family, last year, she made her television debut with Anil Kapoor starrer '24: Season 2' where she essayed the character of Dr. Sunny Mehta, a forensic officer at the Anti-Terrorist Unit. Not only did she garner appreciation from her critics and fans but Ritu Shivpuri has also been awarded the prestigious Dada Saheb Phalke Award 2017 (for the achievements of 2016) for 'Best Debut Actor On T.V. For 24'. Considered to be the highest ranking award for the Hindi television industry, this award by the Dada Saheb Film Foundation was directed at Ritu for the finesse in her performance and for how strong and pivotal her character was to the show. She, who is also known as a fashionista, collected her award wearing a beautiful Anamika Khanna white lehenga from the designer's Summer 2017 collection paired with stunning Satyani chandbalis and her fish braid styled with beautiful white flowers, making her one of the best dressed for the night.
Posted by SUJATA TAWDE at 4:07 AM