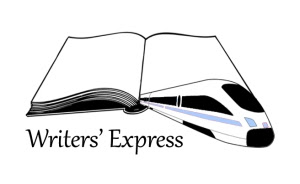 "Mamma, let's go to Infinity Mall tomorrow. It has Planet Infinity and Hamleys. Many of my school mates go there every Sunday. It will be Grand FUN, when all 4 of us go there and enjoy various rides." Roohi.

Cyrus and Shekhar thumbs-uped Roohi's suggestion. Tara pulled Roohi's cheeks affectionately. Tara pampered Roohi, to the hilt. She had become a bit more possessive of Roohi, since the Bhabha-Hospital episode. It had been an order of the 'Dutta' family, to take sundry decisions regarding leisure, entertainment etc. according to Roohi's whims and fancies.

That night Roohi ate her meal without making any fuss about vegetables. The dinner turned out to be rather chirpy affair, with Roohi's constant chattering about tomorrow's Infinity-picnic. Her infectious spirit altered the mood of whole household. Within no time all 4 of them were chit-chatting infinitely about what to do, buy, eat, drink, which movie to watch and which rides to choose at Infinity.

Finally, they all wished good night to each others and went in their respective rooms to finish their night-chores. Tonight Roohi did not need daddy to tell her a bed-time story. She had lots of dreams to dream about tomorrow's picnic. Going all the way from Hill Road-Bandra to Infinity-Malad, was picnic indeed for Roohi. She had series of dreams, where she was Rapunzel, Cinderella, Snow-white etc. etc. Shekhar could not sleep, till he checked on Roohi's happy, contended face in her bed.

Roohi, was the first to get up early that morning. She burst into Mamma's bedroom with " Good morning, Mom, Dad. Get up early or we will be late and traffic-jammed." Tara and Shekhar followed Roohi's order to the t. Next Roohi rushed to wake up her late-riser Kumbhkarna uncle Cyrus. Cyrus was neither a Mom nor a Dad, so he refused to obey Roohi's order in the beginning but then a better sense prevailed and he also rose from his slumber.

Freshly bathed, hastily breakfasted, uniquely dressed up Dutta family left Hill Road Residency in their Ford Fiesta. Shekhar andTara were chatting about coming election while Roohi and Cyrus were discussing rather fighting about which movie to watch at the Cinemax ?

Thankfully, there was hardly any traffic early in the morning so they reached Infinity mall quite comfortably. Everything was happening so soft and silkily that nobody could have guessed , what fate awaited them in near future .

On the ground floor of Infinity mall, the Duttas could not resist the inviting flavor of freshly brewed coffee of Costa Cafe. Costa's open booth enabled them a surrounding view. 'Hobby Ideas' - the art and craft shop, opposite Costa was Roohi and Tara's next destination. Roohi's craft-teacher had assigned an Environment day-collage project, which was to be submitted within 2 days. Papers, pencils, colors, glue stick, glitter, beads, laces, dry weeds, colorful satin ribbons etc. were purchased and paid for.

Tara was fond of doing artistic gift-wrapping for her near and dear ones. Her favorite cousin's wedding was still a month away but she wanted to do some fancy gift-wrapping for the assorted gifts she had purchased. 'Tresorie' , was Tara's 1st choice, when she wanted exquisite stuff of top-notch quality. Here Tara went berserk, loading her shopping basket with numerous eye-candy artifacts such as silk-scarves, Velvet boxes, zardosi laces, handmade paper bags, organdy flowers, potpourri etc. for wedding trousseau.

Shekhar and Cyrus finished their large cappuccinos and joined them at Wrangler's to shop for Cyrus. Tara purchased 3 shirts and 2 trousers for Shekhar at Louis Phillippe to wear at the different ceremonies of her cousin's wedding, ignoring his protests. At Mango, Tara bought 2 western outfits for herself and 2 Midi-frocks for Roohi. Her wedding shopping could not have finished till she bought 3 stilettos for herself, 2 ballerinas for Roohi from INC-5 and 2 crystal-studded clutches from Esbeda. All the while Tara was making her pesky choices, Cyrus was getting restless, Roohi was fretting about joy-rides and Shekhar kept calm like a Buddha statue.

Roohi started running on the escalators to reach Planet Infinity. Shekhar had a hard time coaxing her into slowing down. Cyrus intervened with " Roohi, if you don't behave yourself, mamma won't allow us to watch the movie". Roohi's 1st stop was at Video game machines, where she played car-racing, finished on 4th position, twice. Her favorite slot-machines gulped down her 500 credit points within no time. Tara joined Roohi in bumping cars arena with unbridled enthusiasm. Shekhar and Cyrus cheered them. At the bowling alley all 4 made such a hungamaa!

What the Duttas did next ? Hold your breath, fasten your seat-belts and join them in 'Astro Express'. Yesss, that's a show-stopper-ride, a 360 degree roller coaster, with tracks winding around the gigantic play area. The ear-splitting sound it blasts, is horror-terror for the ears. Roohi and the rider-kids went wild with excitement as the ride zoomed up and down the tracks, with alarming speed.

Tired and thirsty, Roohi was now craving for Pepsi or Sundae Brownie. Tara and Shekhar , both refused to give in to her foolish demand so she settled for MOD's chocolate donuts. Shekhar and Cyrus gorged on Masala Dosas and Medu Vadas from Malgudi Days, while Tara sipped the mineral water. Once satiated, Roohi wanted still more rides, but Tara's strict NO cooled her down. They rested for a while. Tara and Roohi joined the on going Origami workshop at Hobby Ideas. Cyrus was carrying his laptop in a backpack as usual, so he and Shekhar went at Starbucks for WiFi and coffee.

Cyrus was looking out for a comfy corner to settle in, when Shekhar spotted his Hillroad Residency neighbor ," Hello Aryan, how do you do? This is Cyrus, our erstwhile PG turned family-friend. And Cyrus this is Aryan Ahuja, our neighbor. He is an excellent Table-Tennis player, just like you" called out Shekhar to a surprised Aryan. He was having coffee after a Table-Tennis match at nearby Goregaon Sport club. Aryan Ahuja, a Punjabi man with lean, sporty physique exchanged a warm, friendly smile with Cyrus. Shekhar further informed Aryan that Cyrus is a budding criminal lawyer , an avid fan of crime-serials and possess the nose to smell out the culprit. All this Shekhar-talk impressed Aryan to the core.

Aryan invited them both to his table and proudly chatted about his TT-match, played and won that day. Now it was Cyrus's turn to get impressed by Aryan's TT-talent. He requested Aryan to teach him some TT-strokes. Aaryan accepted Cyrus as his student kindheartedly and asked him to join their society's Sports-club for TT practice, every morning. Cyrus was excited to learn from a pro like Aryan. Till then, Tara and Roohi had finished the Origami workshop and were ready to return home.

Aryan had ridden on his new KTM Duke, while coming to the Goregaon Sports Club. He offered Cyrus a ride back home and that was just the beginning of their fast friendship. Soon Cyrus started frequenting Aryan's home so much that Roohi hardly found him free to study and play with her. Tara who still had some doubts about Cyrus's odd behavior preferred his proximity to Aryan. She kept a close watch on Cyrus and sometimes found his activities somewhat suspicious. She wanted to make sure, before spilling the beans about Cyrus to shekhar. She needed full-proof evidences before accusing Cyrus of anything at all. She made it a point to inquire after Jennifer's well-being, whenever Cyrus received a call from her.This irritated Cyrus very much and he started avoiding Tara, by staying outside as much as possible. Resulting in Aryan's home, being his 2nd home. It became easier, less riskier for Cyrus to call Jennifer from Aaryan's home. To solve Maya's murder mystery, it was essential for Cyrus and Jennifer to remain in touch, constantly.

And they lived happily ever after ?

keep reading the 14th Chapter to find out ... what next

Read the next part of the story here : Chapter 14 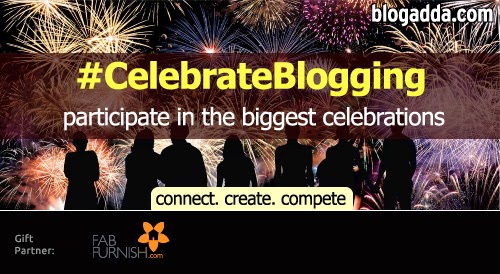 “Me and my team are participating in ‘Game Of Blogs’ at BlogAdda.com. #CelebrateBlogging with us.”